My apologies for the long delay in getting another post out.   This month I’m out on the road for a bit as the race season officially kicked off this weekend and I am currently sitting in a large conference arena surrounded by more poodles than I can even begin to count.  I go into detail on my race events on my other blog, but as a summary, Friday I had a 5K trail run at night followed by a half marathon trail run the following morning at Allerton Park in Monticello, IL.  Not sure if it was all the mud or not, but that half took everything I had and ended up 2 minutes shy of placing in my age group – was just plain beat at this race, no excuses – must train harder.  As far as the poodles go, we went straight from the race down to St, Louis for the Poodles National Specialty Agility Show at Purina Farms.  Raven is doing his best to hang with some of the best in the nation and so far the need more training theme is resonating there as well.  He has a few more runs today and hopefully he can overcome his new found fear of teeter-totters.  My legs are drained and I’m faced with some serious downtime between Raven’s agility runs – can’t think of a better time to get the cobwebs cleared off Intrigued.

Since the Georgia trip shots are already processed, let’s stick with the finds at Harris Neck National Wildlife Refuge.  As noted in previous posts, we were down there back in May 2015 to get two birds – one being the Wood Stork (link here). and one hasn’t been announced yet.  That doesn’t mean there isn’t room in the tin for plenty of other birds. 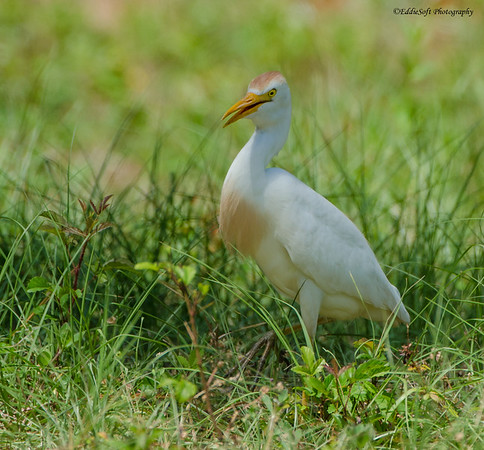 Take for example the Cattle Egret.  This bird isn’t new to the checklist having been featured back in June of last year (link here).  That post was thanks to a trip down the Texas Gulf Coast over the Christmas holidays at the end of 2017 – I also make no excuses for always being behind on my photo queue ha.  Technically that was not the first time I had encountered and tinned this particular bird, it was, however, the first set I was able to get processed.  When I posted that set on Intrigued, I was fully aware I had found specimens a couple of years back at Harris.  Unfortunately, I was in a bit of denial this particular encounter ever happened … more on that later.

Hit the jump for a few more shots of the Cattle Egret and take in my Public Service Announcement for big glass photographers. 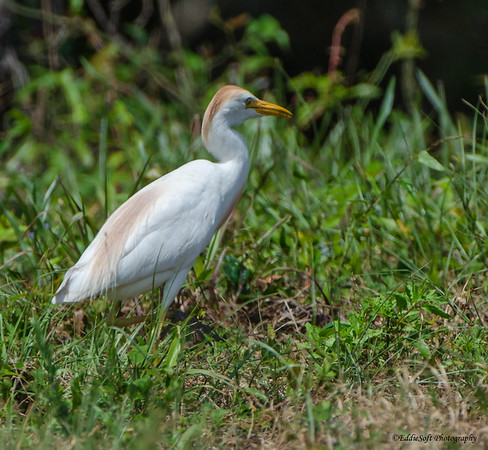 There were actually two specimens hanging out together at Harris.  We had moved on from the larger swamp area where the Storks were found and had just finished up taking the shots of the Glossy Ibis which was highlighted in the previous post.  We continued driving the main road through the park when we found a pull off that looked like it led to a larger opening.  Linda opted to stay in the car with the dogs – good move on her part.  Meanwhile I scooped up the camera and blew out of there like a bat out of hell in search of new opportunities. 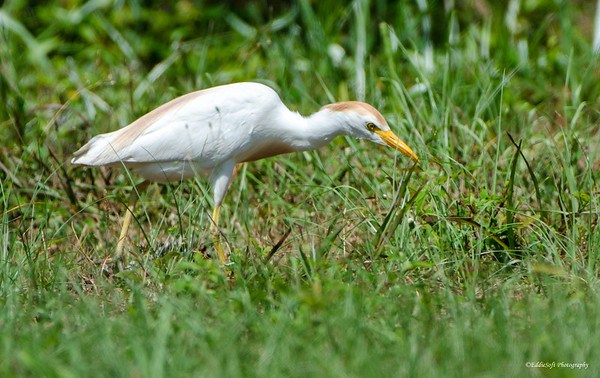 The larger opening ended up being part of the abandoned airfield that area was originally used for.  By now you could see only parts of the old concrete airfield that had now been overtaken by tall vegetation.  Did note to myself that in the epic battle between man and wilderness, wilderness had fought back and one this round – a small win that seems to be playing out again at Midway Field in Chicago – have not been there myself yet, but heard it had been turned into a bird sanctuary.  What I thought was a decent trail ended up terminating soon after putting a small hollow of trees between myself and Linda.  That left me in some pretty tall grass intermixed with pieces of concrete that was putting up a last stand against the creeping green horde.   I ended up spotting a few Anhingas and a few Ibises cruising overhead towards the Stork area before catching a glimpse of two tan and white heads making their way through the weeds – yes!  It took a bit to get an angle on them which required some movement through the weeds while keeping The Beast trained on them so I wouldn’t lose them – they were a ways away.  Eventually they made their way to shorter vegetation giving me the chance to get some decent shots.  They couldn’t care less I was invading their backyard and were almost giving me the impression they were laughing at me – taunting me to come closer and closer …Bri likes a good challenge so continued navigating my way closer. 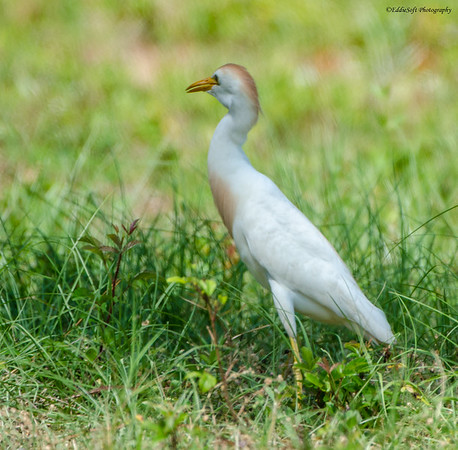 Okay, now time for my public service announcement for fellow photographers that are fortunate enough to carry big glass into the field.  I try to give this advice whenever I get the chance and absolutely cringe whenever I see a fellow photographer making the same mistakes that I had.  This recommendation has also now officially made it into my birding/photography speeches due to how important I think it is.  So here goes, when you are in the field with your glass and spot something interesting stand there and take a few shots before advancing so you at least have something in the tin.  Don’t miss out on a potential +1 because you want perfection on first sight.  From that point on, you can focus on improving on the technical details.  That however is not the PSA – just wanted to throw that out there as some added experience points. 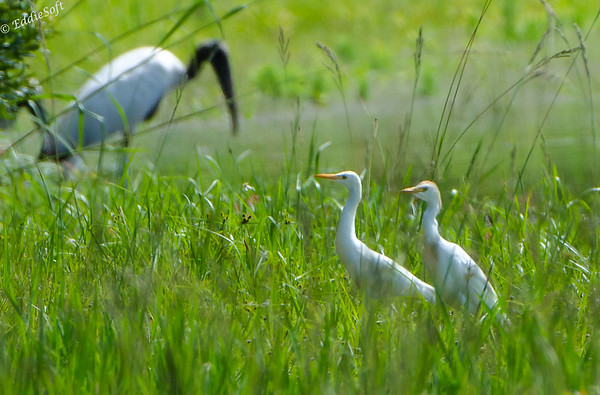 The shots at the beginning of the post were actually further pulled in shots from the full extent of the glass In this case, additional cropping on what the 400mm could pull in by itself.    Pulling back a bit more on the glass more and more of the actual distance begins to be exposed – still clipped from reality, but at least it eliminates any notion you can reach out and touch the images in the glass.   Even pulling all the way back doesn’t give full situational awareness since most long glass doesn’t even start until a sizable distance out – for example The Beast starts at 200mm. 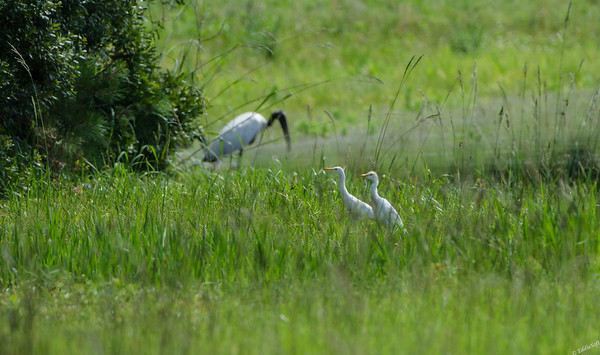 As I mentioned in my talk, glass is not your friend and its life mission is to try and kill you – Skynet is alive and well.  The reason I say this is the glass doesn’t remove the space between you and the subject, it simply tries it hide it from you to distort the truth to trick you into doing something stupid.  This is why you should NEVER walk toward your subjects with the camera up to your eye without stopping from time to time to pull the rig away from your face to reveal the truth about your surroundings.  Sure, changing your angle or moving a few feet probably isn’t an issue as long as you have a mental picture of the truth, but blindly approaching your target is a foolish move and one that can get you seriously injured if not worse.  I wish someone had pointed this out to me that day at Harris and I can only thank my spidey senses (I owe a lot of missed trips to the hospital thanks to those) for not cutting our vacation short that year.  Taking a page from the horror movie genre, all good sequels need a good lead in – I’ll leave some suspense in the room and promise to come back with details what has become a memory… err, lesson I’ll never forget.