Finally back in front of the keyboard.  Once again, the hectic levels have been peaking around here with deliverables due at the day job, Raven’s running agility this weekend and we are one tiny little week away from the start of race season.  Due to the latter, I decided to come back home early from the agility show (show is being held about 1.5 or so away) and get some miles in on the trails before the rain comes back and mucks them up tomorrow.  Was hoping to get one final easy long outing in before tapering – well, that was the plan until my GPS decided to try and kill me.  Took a new trail in the park which turned out to be a complete nightmare.  At some point it decided that figuring out the constant elevation rise and drops was just way toooo much work and simply assumed the trail was flat.  Next thing I know it is telling my I’m running 12+ minute miles which is absurd.  Thinking I was slacking, started driving harder only to be thoroughly exhausted at what the GPS thought was mile 8.5 AND STILL AT a 12 minute mile pace.  The good news in all of this the upcoming half marathon race course can’t be anywhere as difficult as my training runs so I should be good to go (fingers crossed).  Meanwhile, I need to give the legs some rest – speaking of legs… 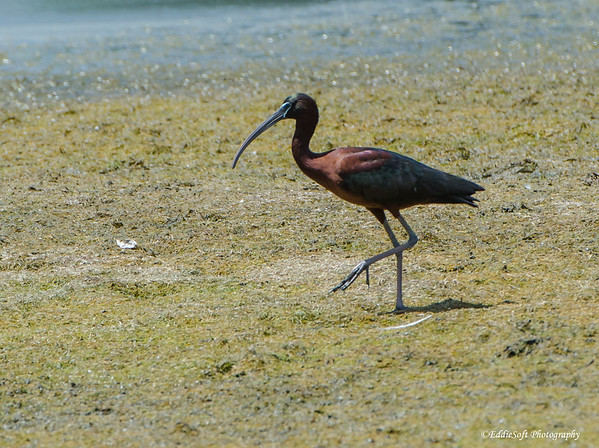 Tonight’s featured bird definitely has some long ones.  Add to that an extremely long down-curved bill.  Pretty much the iconic shape for an Ibis although Ron might get a kick out of the fact that the Roseate Spoonbill is in the same family – one of his nemesis birds like the Snowy Owl, but word has it he was able to get that checked off earlier in the month (link here).  One could also argue that the Whimbrel and the Long-Billed Curlew (link here) would fall into the similar species set, but those are much smaller than the specimens here. 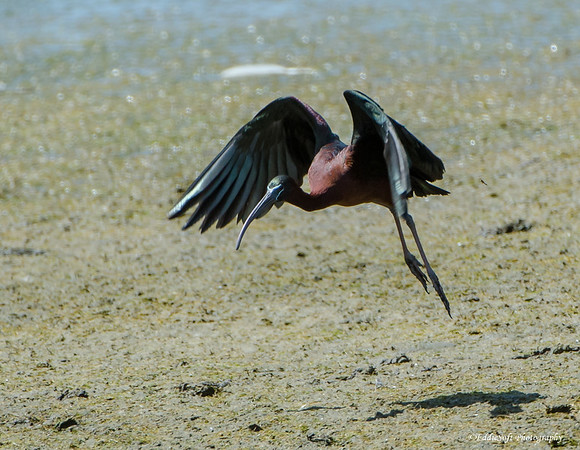 Hit the jump to see “a lot” more pictures of this new bird on my list.