Welcome to the Run Recollection Month as I’ve decided to call it.  Already cranked out three race posts this month – figured might as well go for a whole month full of sweat hehehe.  Today’s featured run (also in chronological order if you are keeping track) was the second running of the WhiskeyDaddle.  It used to be called the Peoria Marathon, but they decided to take on a theme based on the Peoria whiskey heritage as well as pump up the overall festive element of a race that was starting to lose its luster.  The event now spreads across two days with race distances to meet any level. 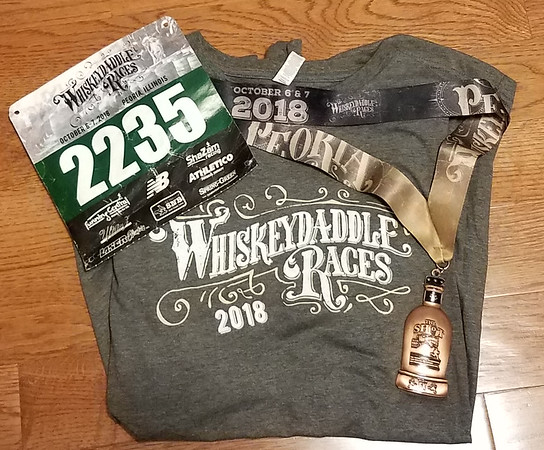 On Saturday, they hold The Shot.  This is the shortest distance for the two days coming in at 5K or for you non-runners out there, 3.1 miles.  As a general rule, I usually do not run races that take me less time to run that it does to get myself out of bed and ready to toe the line.  If you see me participating in a 5K, there is usually some other reason – in this situation it was to feed my inner medal whore.  That’s right, if I double up the race (for a hefty price of course), they give me an EXTRA medal.  Now that is what I am talking about.  This is similar to the Illini Marathon which also gives out three medals for completing two races.  This year, like with the Illini (link here), opted for the 5K + the Half Marathon or the Daddle Deluxe as they called it.  That’s the Shot (5K) plus the Bottle (Half). 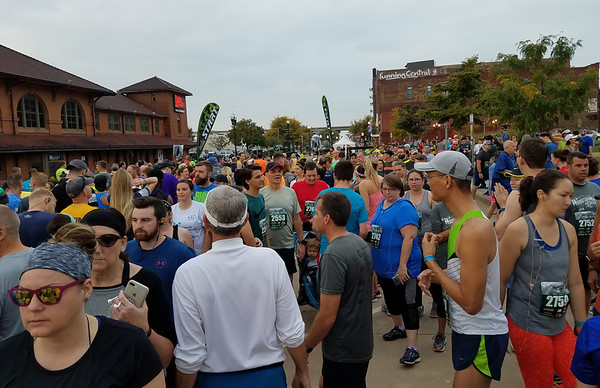 hit the jump to see how the warm up race turned out!

Quick, what company is associated with this race? – no cheating, but the answer is right there in the shot above.  Pssst, look at the signage on the building in the background.  I understand the marketing element, but it makes me laugh every time I  pick up my race packet.  You get your bib(s) out front of the Running Central store and then have to navigate through the store all the way through the back storage area to get your shirt.  This year they went a step further.  Usually the start of the race is a block up and heads out of town.  Start was moved this year down a block so you run towards and turn right at the store in order to head up to the original start and out.  Basically caught everyone by surprise since we were all lined up on the OTHER side of the starting line assuming we would be running out – awkward as they announced we had to reset ourselves.  To be honest, just wanted to get this piddly distance race over so I could get back to bed.   Let me clarify, to be honest, I wanted to get this race over WITHOUT hurting myself and putting the big race the next day in jeopardy. 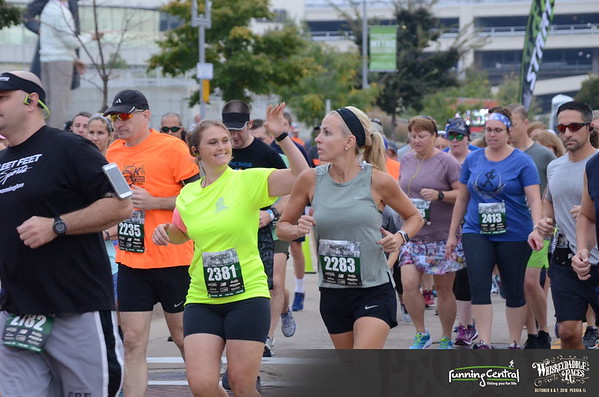 Apparently I wasn’t the only one that wasn’t stressed about this race.  Well, at least the lady in yellow waving to the crowd, the other lady in grey looks like she is trying to put some competitive distance on me at the start.  I purposely hung near the back at the start to force myself to take it easy and give myself some space between other runners taking it more seriously.  Just kept a steady pace pushing slightly only when the legs felt good and warm.  Ended up passing more runners than expected – including one rather tall lady that looked like she was keeping a strong pace herself.  I did have my sights set on a group of runners that I’ve come in contact with a number of times over my running career.  They are from out of town and usually show up in mass at some of the races I frequent – all dressed in the same running shirts.  I was taking it easy, but passing them is a general mission of mine.  By the end of the race I had managed to put all that I could find behind me hehehe. 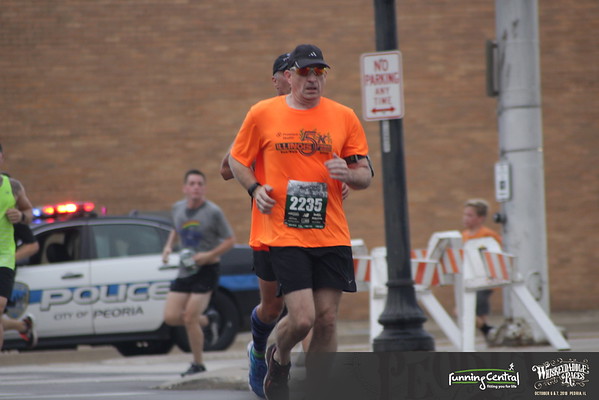 The amazing thing is it was supposed to rain all night leading up to the race and then most of that day, yet it managed to stay rain-free for the line up and the race.  It did start out cool, but the humidity decided to crank up for the race itself.  All things considered, a really nice day for a leg stretch.  This bode well for my chances the next day.  Holy crap, I’m being chased down by a crazy  dude with short shorts! … maybe I do need to push it just a little bit more. 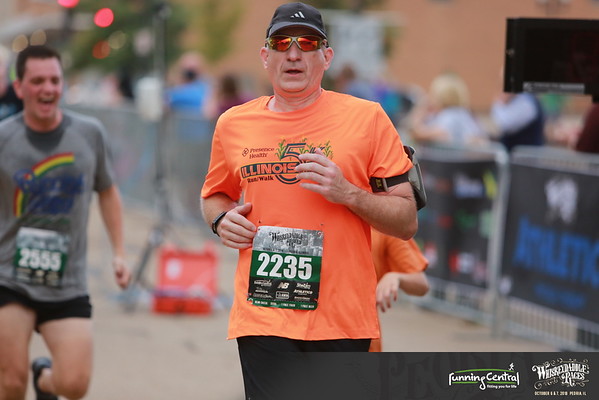 Definitely not one of my top 5K finishes.  I had run a 24:39 in the Illini 5K (link here) back in April.  Might have had a faster time had I seen those shorts coming at me.  I was happy, nothing strained or hurt, should be good to go tomorrow morning for the race that counts. 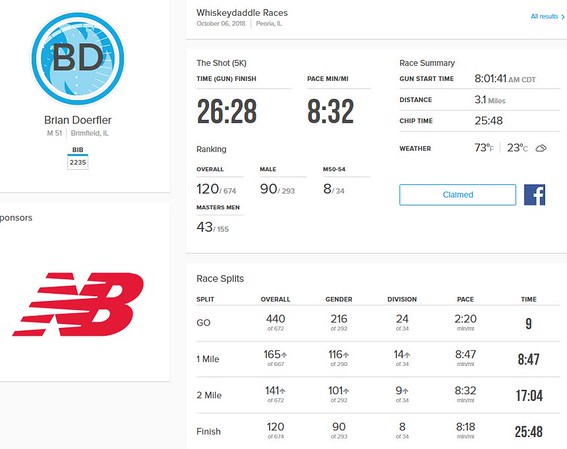 After I picked up some post race snacks and a bottle of water to replace the lost fluids, the tall lady I passed in the race came running up to me asking if I was running tomorrow’s race.  With hesitation confirmed – maybe I pissed her off when I passed her and she wanted a chance to kneecap me.  Worries removed, she complimented me on my pace and wanted to find me tomorrow and pace with me as she was doing the half as well.  Apparently she was trying to follow me after I passed but she did note she wasn’t able to keep up at the end (I generally try to run negative splits so I was moving it up at each mile marker).   We talked a bit and then I headed for home thinking she might be in trouble if that pace was slightly out of reach for the 5k – planned to be at that same pace for the entire half.

One medal in the books – one more to put some serious hardware on my trophy wall!