Okay, I am going to give you a break from all the insect and wildlife pictures that have been dominating this blog as of late and bring you a rare topic – me ranting about something…err .. I mean something that doesn’t happen that much – me complaining about a service…err .. I mean a short comment at the expense of someone in service … oh screw it, I’m just going to pull out my well worn soap box and once again pontificate about something that happens to be a pet peeve of mine.  In some small part I have my parents to blame for a cringe that awaits me almost daily.  Most of the time, I sigh, archive the incident if it happens electronically and move on.  Then again, there are those days that it stares back at you for a truly annoying amount of time.  Just happens I have a couple of examples.  Take this trip to Panera back in March.

Was going to make it a mystery and then realized I pretty much handed it to you.  I cannot even begin to count how often this happens to me.  I actually keep a Brain’s folder on my corporate email account that I copy in every time it happens at work.  Yes, I agree I am probably overly sensitive (call it my snowflake moment).  The problem is it happens ALL the time.  Dear Brain, How is Brain today, Hey Brain you pissed me off today and on and on.  To be honest, Brian is not that hard of a name to figure out.  In fact, both my brother’s name are fairly simple but I never see my brothers addressed as Ran or Don – nope, it seems the spelling issues originates as soon as there are more than three letters in the name.  Very few people call me Bri (pretty much reserved for my Mom and Linda), but since it is three letters I never get Bra or Brie.  So there I was staring at the receipt wondering how this was going to play out when they called me for my food.  Put the odds at 60-40 their brains (see what I did there hehehe) would automatically reverse the error or they would be too ashamed to yell out Brain.

That’s when I looked up and uttered “Dammit”

hit the jump to see the punchline

So there I stood, for what felt eternity, next to a large monitor noting how unfortunately it was that Pinky had not ordered ahead of me.  Then they delivered J’s meal leaving me standing there all alone under the bright lights.  Tick Tick Tick Tick – where the hell is my food!?!  Then I saw the bag go up on the counter and the clerk announced (me in mid cringe…) “Brian your order is ready” Thank you compassionate clerk or maybe Dyslexia.- either case embarrassment avoided.  Grabbed my bag and took a last look at the receipt.  Maybe it was amplified by how awkward that felt, but the bold letters at the top of the paper made me laugh out loud – at Panera, Accuracy Matters.  Before you ask, no, I did not go back for a treat ha!

Of course, it isn’t always the  standard butchering of the name – nope, sometimes they go way out of their way and add a touch of flair.  Take for instance a trip to Wendy’s a month later when this version took center stage.

What the hell is that?  No luck getting out of this one without some stares.  Sure enough, they announce “Baron” over the speaker.  That’s right Snowflakes in the dining room, I’m named after Trump’s kid.

As has been pointed out to me countless times by my friends, there are worse things to be called.   Agreed!  Dweezil or Moon Unit would definitely suck and sure as hell glad my parents didn’t name me Sue.  For some reason I always think of a movie that came out when I was 6 years old.  At the time, little did I know it held the solution to all my problems.  I’ll let you do some sleuthing on the title – hint, the quote at the beginning was from that interesting titled work.

Might as well end this post with a recent email from a good friend who knows me all too well. 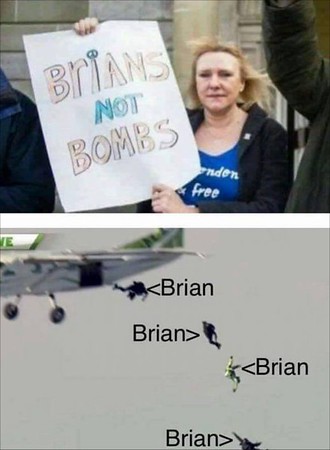 Note, rights to last image remain with original owner – whoever that might be

2 thoughts on “By Any Other Name”