2015 is coming to a close and the weather gods want to make sure they get as much in as they can.  This week has brought us rain, cold, sleet, wind and this morning we were greeted to a blanket of white.  Our friends in and around Peoria have been dealing with power outages and serious tree damage thanks to the ice laden trees being subjected to wicked wind gusts.  Thankfully we have not had any serious fallout.  Just a few branches down and the moose in our Xmas display decided to lay down and take a well deserved rest.  A fitting lead in since this was exactly what some young Bison were doing when we stumbled upon them. 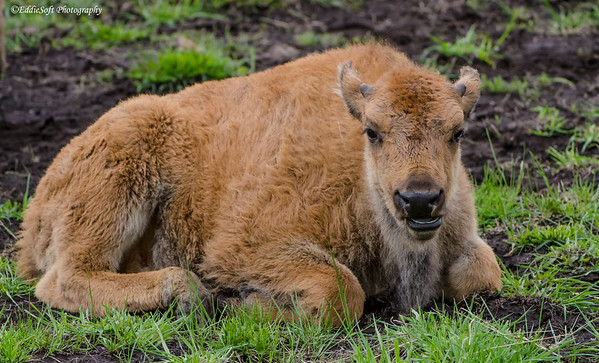 Although we do have the privilege of being able to see Bison at a local wildlife park, these shots were taken back in May of 2015 during our visit to Yellowstone Park.  There has been no shortage of posts covering these huge mammals here at LifeIntrigued.  A trip to Yellowstone put a lot of Bison in the tin back in 2010 (link here) that featured some really young specimens.  A local shoot back in 2011 (link here).  There was also a set taken at Custer State Park and Yellowstone back in 2012 (link here).  As a result, there really isn’t much else I can tell you knew about these creatures. 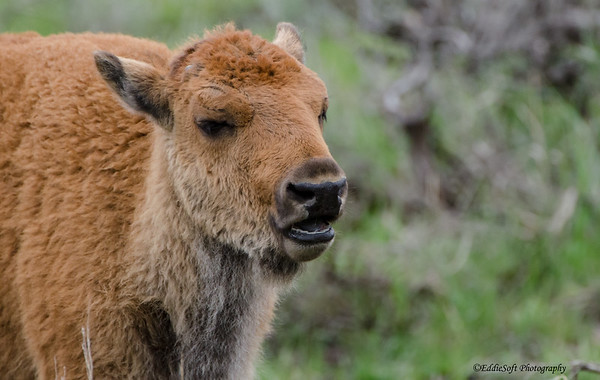 Hit the jump to view a few more shots of the Yellowstone Bison.

Just thought I would bring you some of my better pictures from the recent encounter for your enjoyment.  The specimen above is clearly a young’en.  Probably not a baby per se as the title of the post would suggest, but I needed a lead in to the next post hehehe.  They are still young compared to the more mature specimens we encounter while roaming around the park.  These juveniles definitely stick out with their more tan fur and small size – small in this case being relative since they weigh 40 to 50 pounds when they are born and quickly grow up to 425 in as little as 6 months.

A small blip on the radar as they fill into their adult size frame. 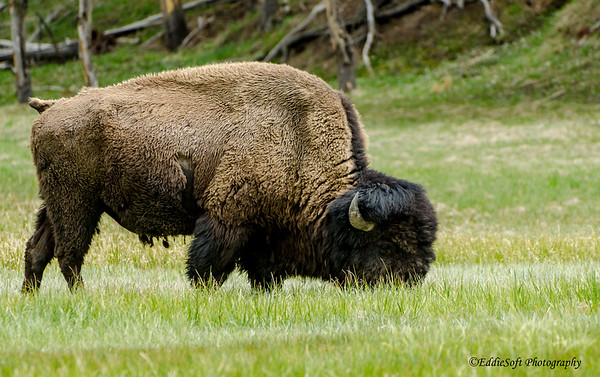 The cows can ring the bell in the 1 ton range and the bulls put their mark in the ground with a 2 ton footprint. 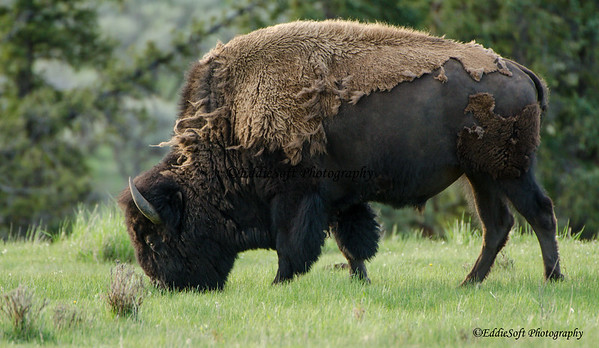 Get a two ton beast like this moving at their 40 mph potential and you have a recipe danger.  Pretty sure I mentioned this in a previous Bison post, but it left quite the impression – while out in Yellowstone with the Makuta’s we witnessed one of these huge bulls sprinting along a parking lot. All I can say about that is DAMN!  I would have never believe it had I not witnessed it myself. 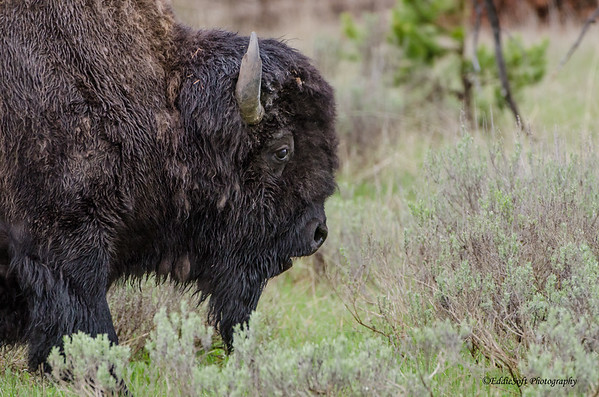 Seeing as how we were out in Yellowstone in the May timeframe, these Bison are looking a little weathered as they shed their heavy winter coats for their summer outfits.  Those heavy coats served them well over the long cold Yellowstone winters.  These Bison are near the top end of the food cycle due to their size alone.  The larger they get the bigger their horns get and the more predators such as bears and wolves reconsider their options.  I know the Molly wolfpack have honed their craft of taking larger animals like Bison out, but even a pack of them would hesitate to take on a healthy mature bull like the ones shown here.  Their better option would be to get the heard moving and carving out the injured or young ones. 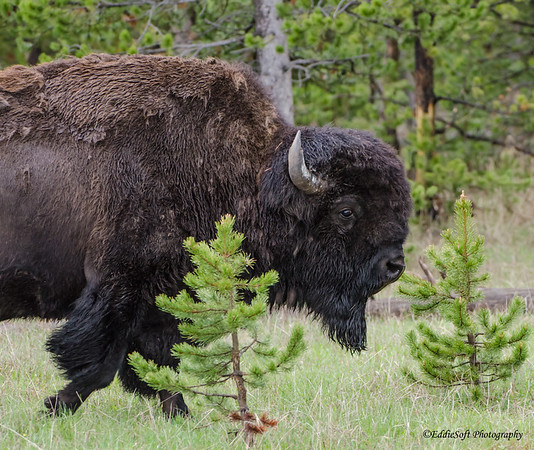 When Bison get through the danger years and end up on this side of the maturity scale, there is really little in the way of predators that give them much concern.   This gives the freedom to meander along at their own pace and enjoy life to the fullest.  Maybe play a little Xbox, take in a Bills football game or just curl up with a good book from Bill Bryson.

Take it easy everyone!