I’m back, well, kinda. As the saying goes, rumors of my demise are [somewhat] exaggerated. The good news is I am past the first of the two events that have been consuming every available second night and day. We held our annual Halloween Haunted Trail event over the weekend. I am rating it as a complete success based on some of the feedback we have been receiving on various social media outlets. Some of my readers made it to the event, so I’ll let them chime in on the comments on how they think it went. Ron and his son even came down a day early to help me out as some of my usual volunteers were unable to help this year – that was a huge assist along with Brad providing guest posts so I could focus on the trail. Finally got the haunted trail torn down and in our outbuilding late this afternoon – will move to packing phase after the second of the two stressful events is over. Focus now shifts to the 100K ultra that launches at 5am this coming Saturday. Need to heal some tweaks, get some rest and see what I can do about the 5 pounds I lost putting the trail together. I don’t mind being a little lighter to carry the large hills, but that is a bit more than I am comfortable with. I’ll cover these two endeavors in future posts, right now I just wanted to get something out so you don’t forget about me ha! The good news is Brad has been gracious to give me a few more features to use as I get closer to race time. Enough gabbing, time to get on with your regularly scheduled programming.

Hit the jump to see more of the rest.

I will admit that I took a bit of a shortcut on today’s feature. Although the trail tear-down is slightly easier than the multi-week prep and build phase, it did leave me pretty exhausted. Was talking to my Partner in Haunt Paul and he admitted “I can’t remember when I’ve been this tired before” too tired even for an exclamation point ha. Rather than take the time to head back into the digital darkroom, I instead went to the “seconds” pile.

When I make a post, I start by adding all the shots that I processed for the given series. From there I prune down until I think I’m giving you the best experience. The ones I choose to trim off are moved to a post draft in case I ever want to go with a part two in the future. For ease, decided to wade through the “seconds” queue and pulled out the best of those for a birdapalooza. Most of these shots I milled over for some time before deciding to exclude them from the original posts. The singing Dickcissel in the shot above was one of those. I really liked the background gradient, the dangerous barb vs the delicate feathers (wish there were more in the frame) and the specimen was sharply adorned. Decided I really wanted more of the head shown and opted to sacrifice it.

The shot above came from the Audubon Bird Sanctuary at Dauphin Island. A rather cute shot of a Yellow-Throated Vireo. This colorful member of the Vireo family was hanging out in the trees next to the lookout on their main pond – Some of you will know exactly where that spot is. Ended up having a very similar shot with just slightly more tilt to the camera providing a bit more head profile. To be honest, I still think this makes a cute shot. Next up is a tin of a Hooded Warbler also from Dauphin Island.

Ironically, I still need this bird for our Average Year efforts. Having to cancel our migration trip down there this year put a dent in my Warbler efforts – although Ron and I have been picking off several of these thanks to some local outings. This species can hold their own colorwise with many of the other members of the New World Warblers. They tend to stay low to the ground which means you get to fight the shadows and dancing light to get something decent in the tin. The harshness of the foreground ended up costing this particular shot. Managed to get the darker exposure on this next shot – just didn’t like the leaf impaled on its head. Note also the bark pattern just above the head, looks like a face to me. Once I saw that, I couldn’t stop looking at it hehehe.

Following that up with another snap from Dauphin Island. This particular Black-Throated Green Warbler refused to give me a clean shot at it. Flitting back and forth, from one branch to another planning out each new perch to maximize the amount of leaves I had to fight through to get a shot. What a pain in the ass. Ended up getting a couple of very similar shots after giving my arms quite a workout. Simply flipped a coin in the darkroom and this one was edged out. I do not like the brown leaf placement and I’ll leave it at that.

The Olive Sparrow below managed to fill up a huge chunk of my digital capital First off, it was a lifer so that automatically ups the click count. Want to make sure I get a decent shot of it and once that is done, work on getting additional angles for the pending blog feature. Then it went and landed in puddle of water that was being blessed with a ray of happiness. Hard to pull yourself away when the proverbial stars align like that. This shot was simply a victim of the numbers game – glad it got a chance to shine today.

Some shots fall into a category consisting of behavior, expressions or situations that I like, but then end up getting passed over simply due to how others might view them. Photography is a fickle beast. We all have our preferences – maybe there was some sequence of events that led up to a particular moment in time, some memory that was triggered or maybe you happen to like Halloween season a lot more than others and find shots like the one below inspirational – “Honey, I think a bunch of bird props without heads running around the woods would be pretty scary for our trail…” Linda” “NO!”, But … “NO!

One of these years I am going to sneak it in – Hey, maybe a demented clown eating the heads off of birds – now that has double scare potential – Coulrophobia birders would be absolutely horrified. Guessing my readers would prefer seeing their wildlife with their heads on, so the images that do get selected tend to be those showing the fruits of their labor – in this case, a tasty Minnow.

Then we come to the shots that I pass over due to nothing other than the cropping. My preference is to always leave room in front of the subject so it has “room to move” so to speak. The exposure might be right, the composition might be right, but if I can’t give the animal enough space to spread its wings and take a few steps – it almost always gets passed over. That also applies, to a lesser extent, when appendages getting lopped off. It just feels like your specimen has been boxed in/confined if you will so it loses the “wild” part of “life”. Granted chopped legs does have a horror theme to it, but I’ll gloss over that for now. If I still like the shot, I might try to save it by increasing the crop to isolate a feature like the face or feet. This happens a lot with the taller waders. In this case, there really wasn’t much I could do. 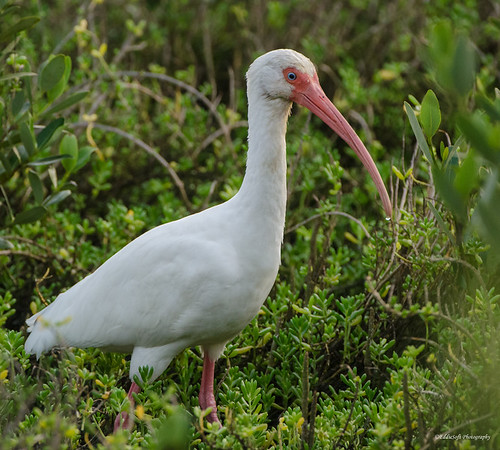 Then there are the “seconds” designation that are simply due to space. I am guilty of overdoing the length of a lot of my posts. I know you have other bloggers and topics to get to and try to be conscious of that when deciding when to call it. This is the situation where the “Part Two” posts emanate from. I’ll cut the set of images in half and put them in the draft queue for a future “Holy crap it’s almost the end of the month” moment. Grabbed some shots from the entries in that queue to round out this post. The first is of a female Orchard Oriole.

Then my favorites left over from the Cape May Warbler series.

I think the Bottlebrush setting really adds some punch to these Cape May shots.

Better let you go so you can get on to better things and I can start making out the list of things I’ll need to take for the race. Looks like it is going down to 32 the night before the race and considering adding some extra layers for the early miles – thinking the 6 or so water crossings are going to be a bit of a shock to the system ugh.

Hope you enjoyed a run through the “seconds”. Take care all – for those of you with your own blogs, apologies again for being behind on all your posts. Once this week is over I’ll make a point to get caught up. Look for another great feature from Brad in the upcoming days.