Sky dandruff is once again falling on us.  At least this time we are in November which makes it a bit more bearable, however, my body is not pleased that Fall was essentially skipped this year.  Sure, the pretty colors are a nice benefit for those lucky enough to experience seasons, but there is one primary purpose for Fall – to gradually get the lungs and more isolated appendages accustomed to cold weather running.  That’s it, just one reason – well, maybe to also force birds to come through my region on their way back home – but that’s it!  Admittedly, my sample set is pretty small as the list of friends that enjoy running is thin enough and those willing to continue training through Midwest winters whittles that down to a mere handful.  To a person, there is nothing worse than running one weekend in the high 60’s and then heading out two days later in low 20’s.  You can bundle up all you want, but as soon as that cold air hits your unaccustomed lungs you will be thinking about your next trip to Texas! 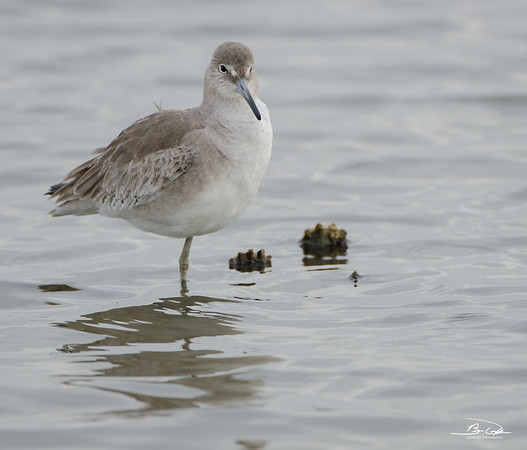 Which was exactly what I was doing last week.  Dead of night, headlight on, pounding pavement alone in a nearby park, sucking in daggers of cold air all while wondering what my 0.0 friends might think of this obsession.  That answer didn’t take long to come up with leaving me many miles to think about my next post.  At some point my fingers and toes started going numb – again, thanks to NO FALL they hadn’t toughened up.  Told myself I was going to have to use willpower to get me through the hilly back half.  Quickly began thinking of warm thoughts of Texas.  Willpower, Texas, willpower, Texas, willpower, Texas, damn did my pinkie just fall off!?!, willpower Texas, willpower Texas – hey, I GOT IT! 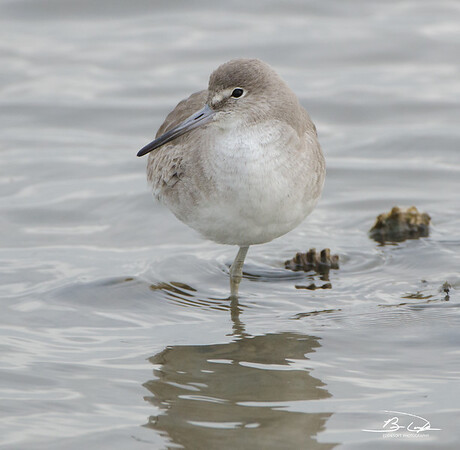 Hill the jump to see a few more pictures of this rather drab looking shorebird.

The image queue was chock full of Willet shots from our multiple trips to the Texas Gulf Coast.  This particular set was from our December ’16/January ’17 trip down there.  To be honest, I’ve considered featuring the Willet a number of times since then, however, when it comes to shorebirds, these creatures can be on the bland side when hanging out at the water’s edge.  Figure my non-hardcore birder readers like a little more pizazz with their morning coffee.  I do happen to like the Willet as they are very accommodating to photographers.  They are not hyper like a lot of the Pipers and Plovers you come across down there.  They will even stand and pose for you if you give them a few bucks.  Hell, this one didn’t even mind the huge ass fish lurking by its legs. 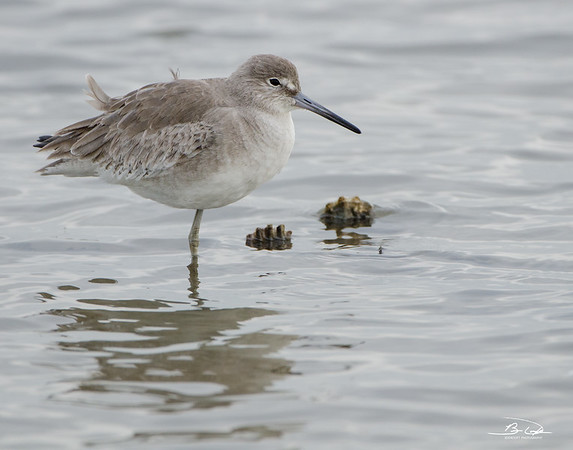 The Willet was first featured back in March 2016 (link here) thanks to a quick trip to Ft Myers in 2013 to bring my parents back.  If you want to see these rather dull birds during the non-breeding season you will have to travel to the coast – any coast will do, east, west, Gulf.  Oddly enough, they leave their coastal habitat and head into the interior northwest and straight up into Canada.  That gives plenty of opportunity for fly over states to experience these birds as they head back to their homes as early as June. 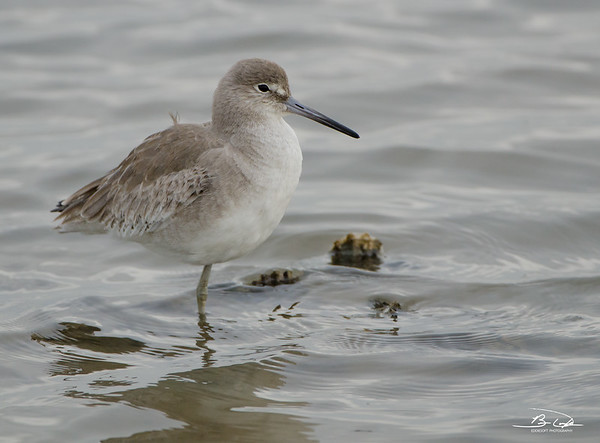 Since this was over the holidays, these Willets had already donned their non-breeding plumage which .. as mentioned earlier… isn’t that exciting.  Light grey/brown wash, mostly white belly and easily field discernible medium length dark thick/straight bill.  The breeding plumage changes to more sharply mottled adding in deeper shades of brown and gray with added black highlights.  The coloring also extends down the neck towards the legs.  From the images on the net and in my  reference books there seems to be a pinkish coloring towards the base of the bill.  The subjects here do not have that so thinking it might be another aspect of the breeding season, however, considered this unconfirmed.  One other ground feature you should pay attention to is the leg coloring – blueish-grey.  This is very helpful to distinguish from the very similar looking Yellowlegs, which are … wait for it … wait for it … yes, yellow.

Luckily, there is a one key detail that will help you distinguish the Willet in the field.

Wait them out long enough and one is either going to take flight or start running due to being startled.   II that happens (hopefully by the bird’s own free will) you will immediately get a confirmation one way or the other on the species.  If you see the large white bar on the outer wings bordered by the darker grey/black feathering – then you have yourself a Willet.  Much like the Mockingbird, when these flash out from being folded it will put a bit of a startle into you the first time you experience it.   Did learn from Cornell’s site that they tend to simply run with their wings outstretched when startled vs actually taking flight.    Will have to confirm this in the field and get back to you on the validity of that factoid. 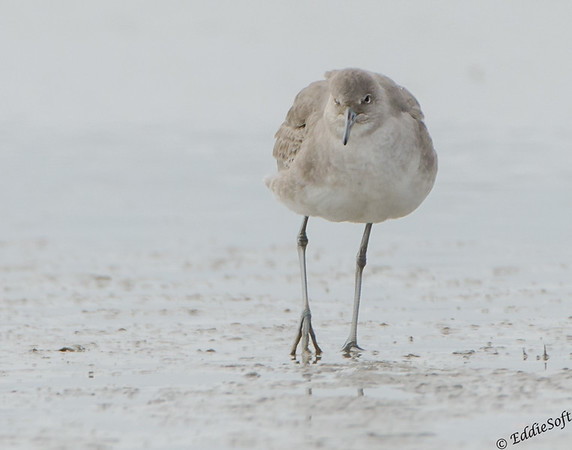 “Startling shorebirds to get them to reveal their identity is frowned upon by the Willet union and the birding community as a whole.  Violators will experience the business end of their bills”

With that, will put a bow on our featured shorebird and thank them for willpower to get through one extremely cold run.  For those curious, I did go and buy running mittens for my next outing.