Let’s do this!  I’ve had a pretty full day starting early and ending late packed in between with a healthy dose of exercise, yard work and some bonus time out on the range.  Now I am just sitting here catching my breath and thought what the hay, why not use some of that down time to take some future stress off.  Yep, the June monthly quota is finally conquered as of this post (please, hold your applause until the end).  How about we close this out with a … wait for it … wait for it… a bird post! 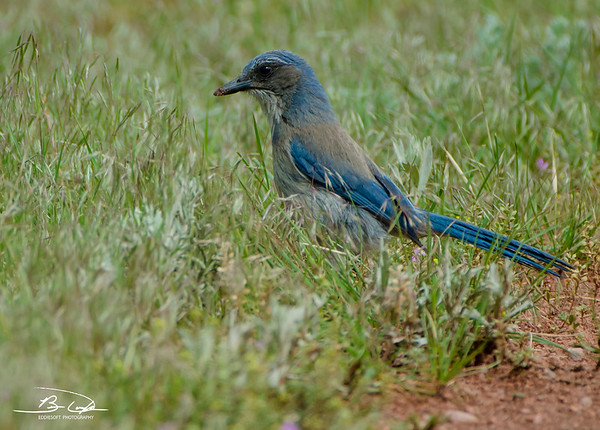 No big surprise there eh?  This particular post has a bit of a twist to it.  On one hand this Western Scrub-Jay has already been featured on here on the blog back in September 2014 (link here).  That would imply that this is not a new check in my North American Birding Life List.   However, thanks to a decision, this particular specimen has a nuance about it.  To set the stage, this Jay was shot at the Red Rocks Ampitheatre in Morrison, Colorado.  I have had the privilege of birding there a couple of times now and both times left quite an impression.

Hit the jump to learn the secret about this bird!

This particular Scrub was located at the end of the large looping trail as I was heading back to the park’s visitor center – note, not the visitor center for the ampitheatre itself, but rather the parks other gift center.  It was busy making life for a few bugs very stressful.. and very short.  So goes the circle of life.  From a personal benefit perspective, it was so preoccupied with the feeding that it didn’t even mind The Beast pointed right at it for what turned out to be an extended period of time.  Being so close to the grassline, my glass kept thinking I was trying to take a stunning photograph of a weed instead of the more colorful subject standing near it.  Eventually got it focused in but not before burning some serious memory card space.  But that is cheap these days so no harm and sure enough a few came out good enough to feature here. 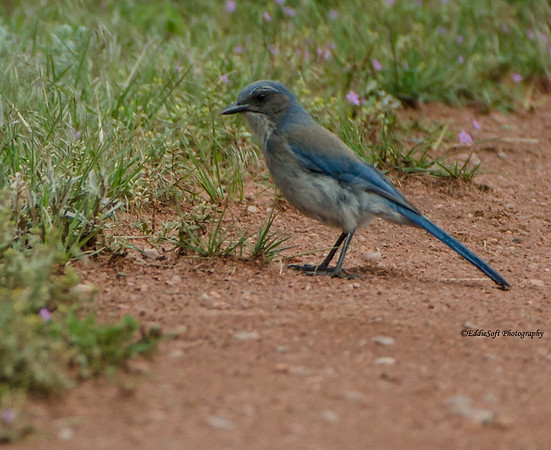 Best of all, I was able to channel my brother Ron and make sure I had plenty of different angles for you to enjoy .. and ID, but in this case that was not a big deal.  If  you see that pale blue coloring, match it up with the fine white eyebrow and the grey backpack you pretty  much pegged the reference page.  Might as well go ahead and give a look at the rest of the features best viewed from the front – head turned as well so you can see the matching eyeliner. 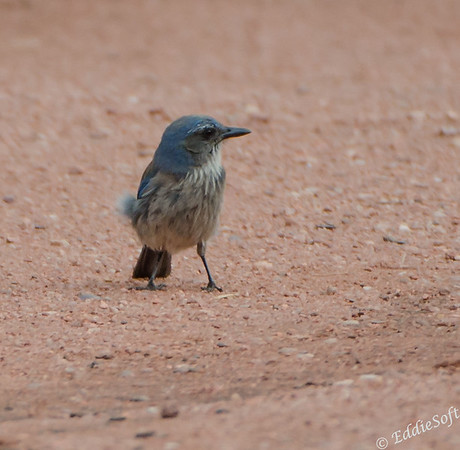 So, let’s talk about that nuance I alluded to earlier in the post.  If you recall, I referred to this as the Western Scrub-Jay.  Maybe seeing that name prompted you to pop over to Cornell and do a little research on it yourself.  It is a pretty bird.  If you did, then you probably already know what is coming next – you would have come up empty or with some alternative names depending on how you did your search.  “How odd, this birding dork is telling me this bird is a Western Scrub-Jay and the premier birding site doesn’t even know what the hell that is.”  Kind of reminds me of the ongoing discussion I have with my brother regarding the Black Hawk.  Time to come clean – this is not a Western Scrub-Jay… but it used to be! 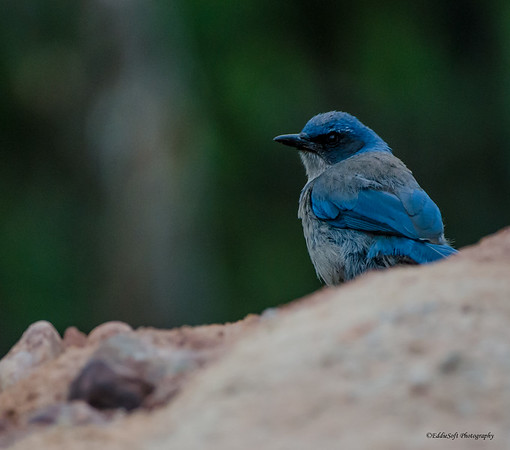 Turns out the bird authorities (whoever they might be) decided to break the Western Scrub-Jay species into a three new species.  So now we have the California Scrub-Jay which hangs out in … brace yourself… California.  Another was the Island Scrub-Jay which Cornell really doesn’t acknowledge, but our friends over at Wikipedia claim hangs out in the Santa Cruz Island area.  Lastly is the Woodhouse’s Scrub-Jay which obviously hangs out in the Western states short of California.  So as of 2016 – no more Western, hello two new opportunities in my  birding list.  In case you are wondering, it was named after naturalist Samuel W. Woodhouse who spent time investigating the Southwest from 1849-1852  (according to the Audubon website).

Quick, what do you see here…. 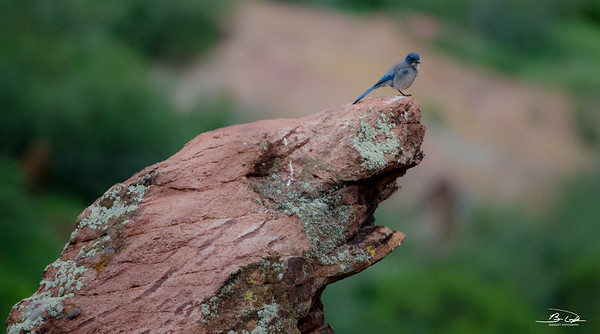 First impressions?  If you saw a dog or a bear with a Woodhouse’s Scrub Jay on the nose you are a) a fast learner and b) psychologically normal. I remember looking across the rocks and seeing this interesting rock shape and immediately thinking – need a picture.  It probably would have been interesting even without the bird, but it was like a cherry on top that added that extra dimension/interest.  It also reminds me of the bear rock I spotted in Yellowstone (link here). 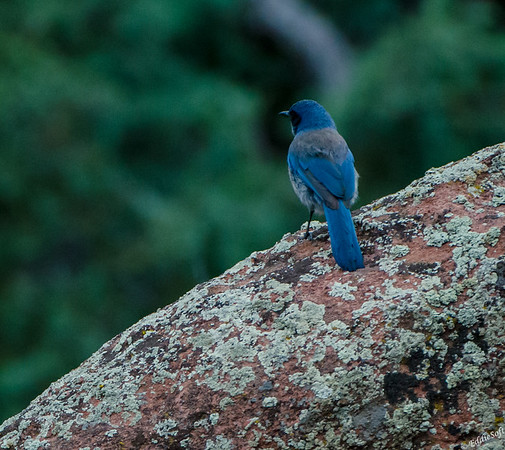 That pretty much puts us at the end of the post (pardon the image pun but you should be used to that by now).  Net results was no change in the overall bird count, but that was do to removing the Western and adding the Woodhouse’s.  To be honest, I might just stick with the Western Moniker – similar to why I stick to the Moorhen name (one reason is it is easier to remember – Gallinule is too hard to remember and always require a Google search to figure out how to spell it – I can guess the Woodhouse’s spelling easily enough, but nowhere as easy as saying – “Hey, that’s a Scrub-Jay and I’m physically standing in the West half of the US – obviously a Western Scrub-Jay” … wrong – thanks for playing.

Take it easy everyone, my stress level just dropped about 32.4%

3 thoughts on “Obviously a Woodhouse”