I’m  in a bit of a clean up mode at the moment.  During the last couple of months of last year (wow, that seems so long ago as opposed to the reality of it being less than a month) the digital lab was working overtime trying to pop a number of items off the photo queue.  The thought of going 3 years behind was too much to take so gave it a scouts try to give me some buffer.  This meant there were a lot of posts prepped with all the shots worthy of posting from the processing blitz – all put in draft mode just waiting for the special day when they get the call to the big league. 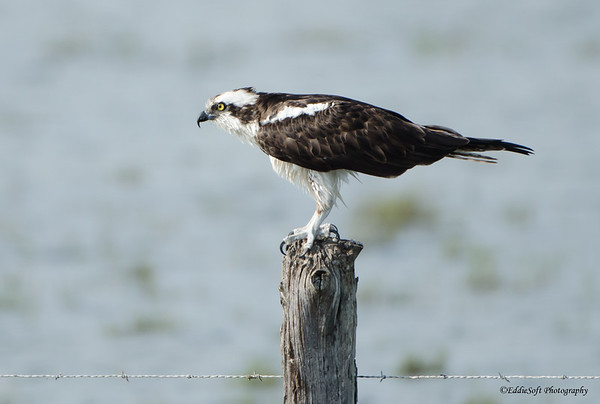 Unfortunately, my prep work exceeded my publishing capability leaving me a basket full of potential posts.  Most of these were results of the Texas trip we took back in November 2013.  It is time to flush those out of the system or I am going to do something stupid like forget they are there – a total waste of the all the effort to get them to this point. So, as a step in the right direction, here is one of those drafts. 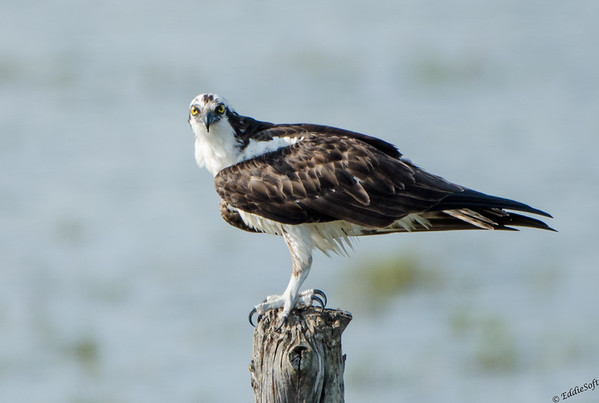 Hit the jump to see a few more shots of this killer.

The Osprey has already made their presence on my blog (link here), so there isn’t an opportunity for a +1.  But my brother Ron has a very good point about birding – even though you have a bird.. there’s always an opportunity to improve on your photos.  Maybe you get a new viewing angle, capture it in new surroundings or possibly exhibiting a new behavior (my favorite). 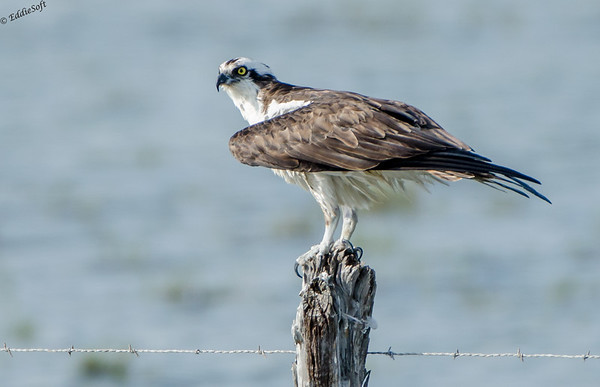 … and let’s not forget the basic advantage of getting the technical aspects right (exposure, crispiness etc.)  I have been birding for a while now and I still take pictures of every bird I see (well, maybe not every one – those damn Coots are starting to be annoying ha).  Time after time, I get a new picture I like better than the previous one and there’s always the chance that Sparrow you focused on in Texas isn’t really the Sparrow you thought you focused on in Illinois.  Besides, there is absolutely nothing to lose – if you don’t like the results in the digital darkroom .. hit that little key labeled “Del” – no harm, no loss (god, I love digital) 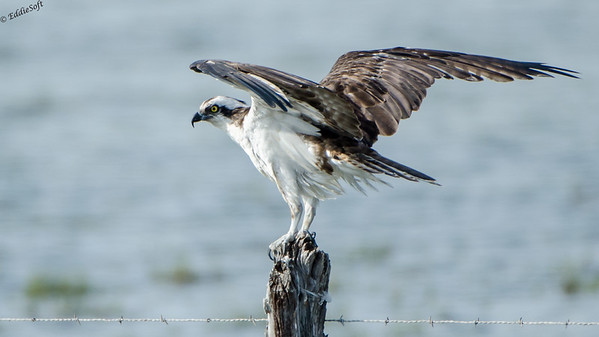 So case in point, I really like these shots of the Osprey.  Probably not as crisp as the other Ft. Myers shots but I think they provide some interesting perspectives of a very lethal bird.  Different states, but same haunting eyes. 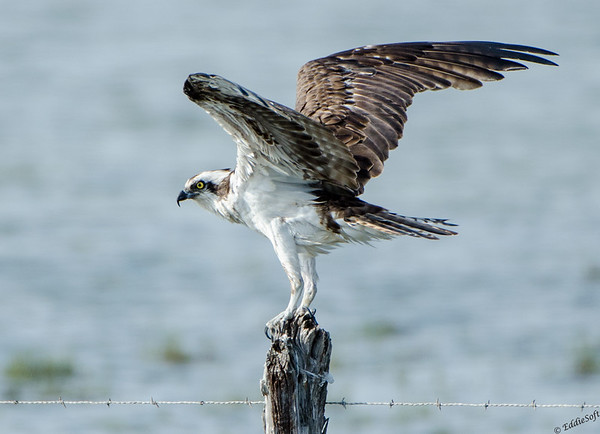 This particular specimen was spotted on the side of the road as we were driving past.  It was hanging out on this tiny post at the water’s edge.  When we first saw it, it was focused intently out on the water likely looking for its next feast.  Linda was able to find a pull off which allowed me to get out and make my way toward it as quietly as possible taking a few shots every so often.

I had The Beast so I could stay pretty far away.  Every couple of minutes, it would raise up and prepare to launch – assuming it was spotting potential prey swimming completely unaware there was a killer waiting patiently not far away.  It took a few tries, but finally got a shot in the tin in full spread – hope you noticed those talons twitching for the opportunity to kill. 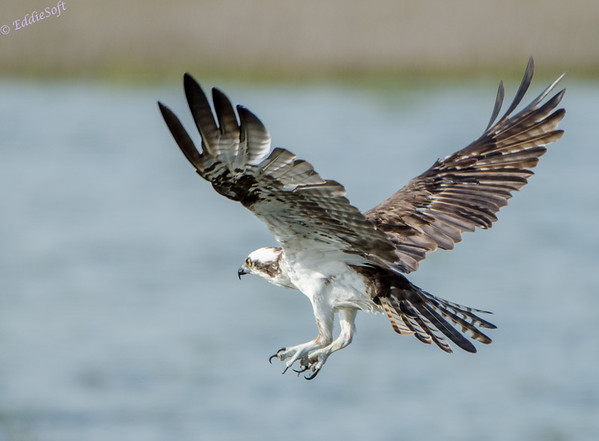 If they were hard to see in the previous shots, you should be able to see them clearly in the shot above.  Man, those are cool.  I would probably have a different opinion if I had gills hehehe.  Those claws ended up being retracted fairly quickly.  Not sure if the target it was after eluded it or it was just showing off.  Admittedly, it did end up spotting me (see the second shot in the post), but it simply checked off my presence and went back to hunting.  The fact it was resting low not far from a highway means it was pretty familiar (and comfortable) with day to day traffic.

I can say for all the fish aficionados out there, there were no marine life harmed in this encounter.  Good for the marine life, not so good for the aviary life – especially if there were chicks to feed.  Oh well, that is the game that plays out every day in the wild arena (and apparently Chicago).

Hope you enjoyed shots of the one with the yellowy eyes (although I doubt this bird was on heroin)… kudos if you can name one of my favorite songs..

2 thoughts on “Except for that One with the Yellowy Eyes”