Had enough of the birds yet?  I figured so!  Well, you are in luck.  Thanks to having all the Yellowstone shots processed, I have plenty of non-bird topics to throw at you.  I’ll still need to toss in our feathered friends from time to time, but today I can bring you this …. 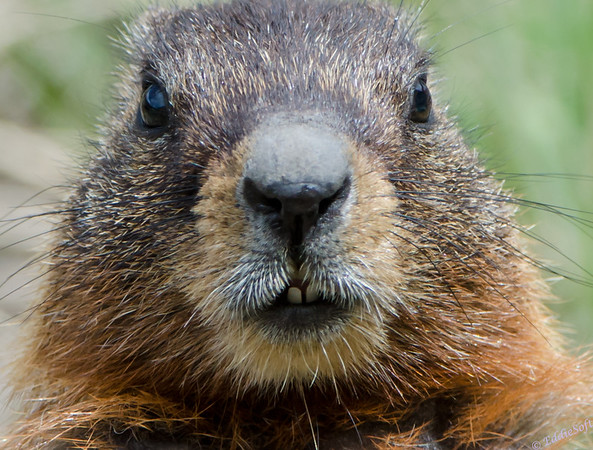 Take your best guess… A Beaver? a Hedgehog? maybe a gym rat Squirrel on steroids?  A Squirrel is actually pretty close seeing as how this creature is a member of that family.  It is actually a member of the Marmota genus commonly referred to as the Yellow-Bellied Marmot. 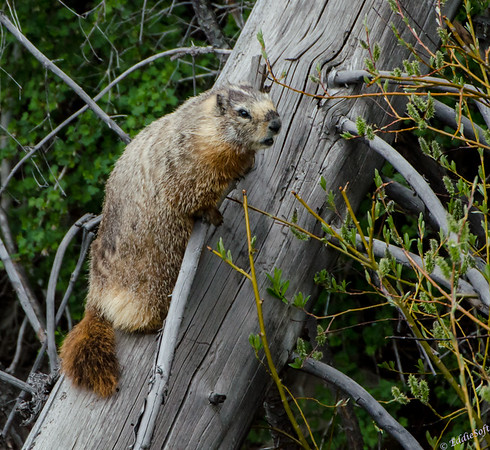 hit the jump to read more about our Marmot encounters!

This little girl … err  or guy (seeing as how I can’t accurately tell the sexes apart without some more telling visuals but guessing it is a female from the shots I do have) .. appeared while we were hiking up to see a waterfall with the Makutas.  Unfortunately, it has been awhile (these shots were taken back in May 2013) so I can’t provide the actual name of the Waterfall – Linda will likely know and will hopefully update all of us in the comments. 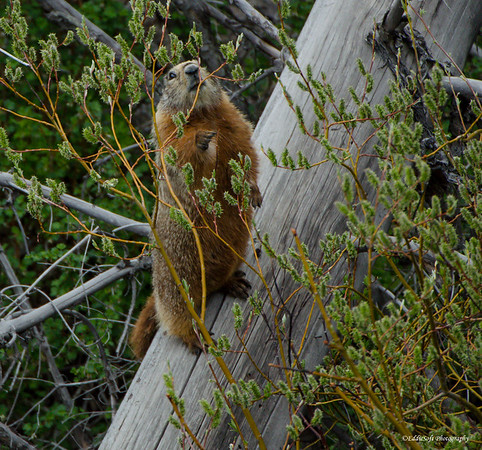 I find Marmots I encounter to be extremely social and for the most part ambivalent to human presence. At first they care, then they don’t care, then they appear willing to eat from your hands only to get concerned and seeking out escape routes minutes later.  This particular one pretty much went about her business with little concern beyond an occasional glance to make sure we remained behind the barrier.  The tasty morsels on the nearby bush were getting the majority of the attention. 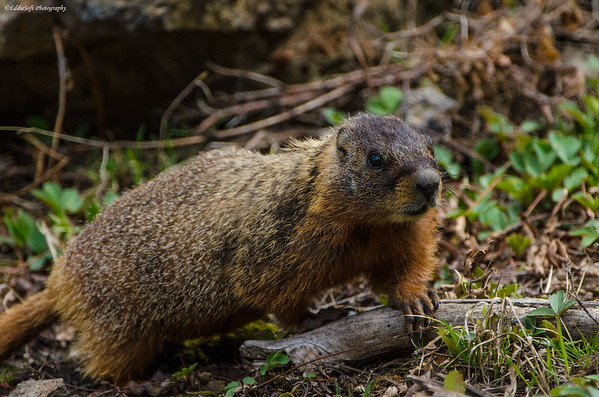 To be honest, I’ve really only seen the Yellow-Bellied variety out on our Rocky Mountain and Yellowstone trips.  Other varieties may have differing traits.  They are quite cute in a groundhog sorta way.  There seems to be some form of local hatred towards them in the same vein as island centric people absolutely despising Gulls.  Guessing they can be quite the nuisance once they decide to establish residency near your property.  That doesn’t preclude visitors to the area such as ourselves from enjoying their presence. 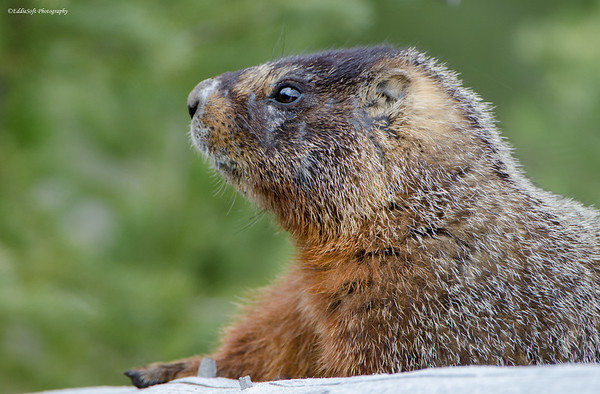 According to our friends over at Wikipedia, the Yellow-Bellied prefers to live in burrows formed within rocks.  They do practice hibernation during the Winter months and fall into the vegetarian category for food preferences relying on greens, berries, roots etc. for sustenance. 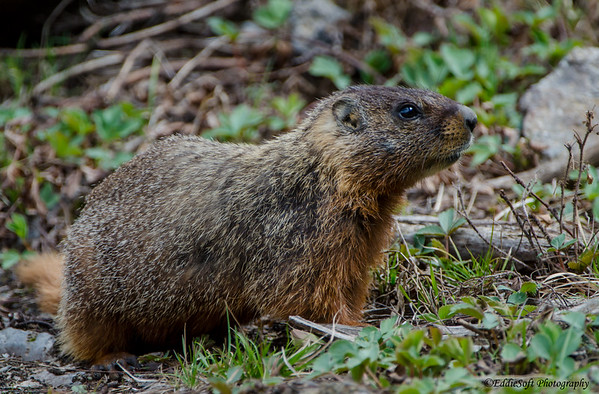 There are 15 different species of the Marmota genus which includes Groundhogs.  Since 2010 Alaska has converted Groundhog Day (Feb 2nd) to Marmot Day in recognition of the large Marmot population in that state.  All the Marmots in New York City have lobbied against this craziness happening in the Big Apple due to knowing that it would put them at greater risk of being KILLED by their idiot mayor (link here). R.I.P. Charlotte. 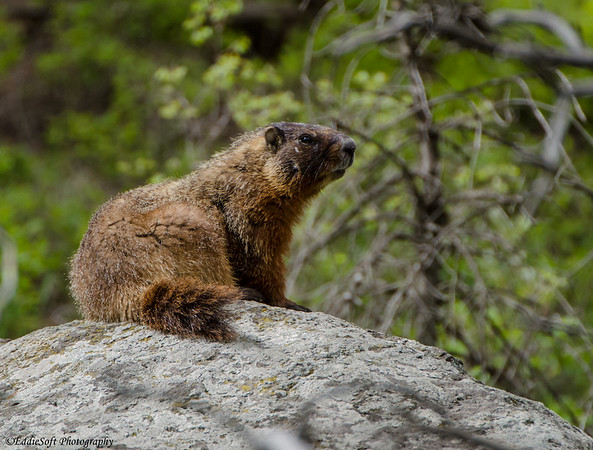 One other tidbit about Squirrels I was not aware of is they cannot digest cellulose and instead have to rely on foods rich in proteins, carbs and fats.  This puts them in a bind during the early Spring months due to the nuts starting their sprout cycle.  As an alternative, they focus more on the buds of trees which aligns perfectly with the early shots in this post.

That’s all I have for you on the Marmot front.  Hope you enjoyed these cute furry creatures regardless of what the locals think of them (including Yosemite Sam!)

2 thoughts on “Ya Yellow Livered Schweinhunt”