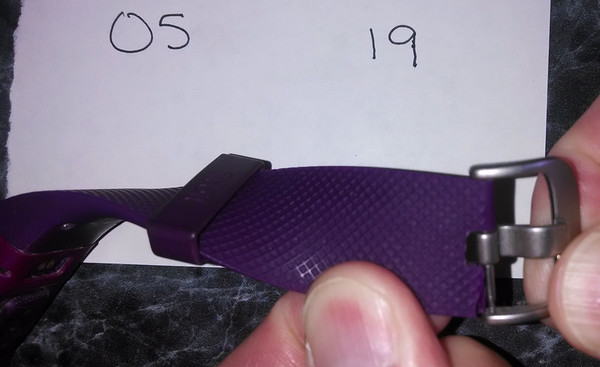 Let me walk you through the history real quick.  For Christmas, I bought Linda a health tracker.  After studying review after review I picked a Garmin product.  It fit Linda’s price point, had what I thought was the key features.  After talking about it she decided she would like the heart rate feature available on other models.  This resulted in re-investigating the options and deciding upon the Fitbit Charge HR.  Only problem .. it wasn’t available yet.  Deciding to pre-order we sat back and waited for it to arrive.  Wait, wait, wait, wait, wait…. after two months I sent them an email asking what the hold up.  Their response – we said 8-10 weeks..fine, I was at the 8 weeks – should have assumed it was going to be the worst case – strike one.  At 10 weeks I get an email saying.. sorry, we are going to be late – strike two, however, because of the delay we are taking 20% off your cost… some redemption.  It did finally show up and after some hardships getting it sync’d Linda was quickly tracking her steps, heart beat and whatever else that thing monitors.

Things were apparently going great until Linda informed me the strap had broken at the clasp!  strike 3.  This is not what I wanted to hear but it shouldn’t be too hard to get a new band, I’ve seen packs of Fitbit bands with different colors etc. at Best Buy so we’ll just go to Amazon and pick up a new plum one.   That was a total failure.  Not only were there no plum bands available.. there were NO bands available at all for the Charge HR.  I was flabbergasted – who would sell a product that you couldn’t replace the element that had the most likely fault point.  Bad engineering gets an automatic STRIKE FOUR – whiff on the pitch and get tagged out for good measure.  Only option was to contact Fitbit directly and at least voice our displeasure.  This task I gave to Linda (for Fitbit’s benefit – I was way over the edge).

Linda called them up (after spending forever to find their support number) and explained the situation.  Their response was something to the effect that it shouldn’t do that.  Duh!  They then started an information gathering phase along with an email address where they sent an incident number.  I am not exactly sure how the transaction on the phone went because I was not able to hear the entire conversation, but basically they agreed to replace the strap – sweet.  I remember her trying to confirm if she just waits for a box to send the bad one back in and then wait until they sent a new one.  That is when things took a change for the better.  The support person corrected her and told her to simply write the number they provided on a piece of paper and take a picture of the damaged strap with it.  Once done, simply email it back to him while he waited on the phone.  Wow, that was definitely a new approach.  Once he received the email he informed her a new one would be sent out immediately.  Oh, by the way, by “new” one I mean an entire new Fitbit .. not just the strap.  I will contend they did screw up their design since the strap CANNOT be replaced on this model without getting an entire new unit.  In closing, Linda asked them if there was a charge involved .. NOPE.  Totally free to us and they didn’t even want the broken one back even though it was just the strap that had the issue.  The unit was working fine other than that.  I thought that was a nice recovery for Fitbit to the point I actually took them off my quasi-ban list.  Other than the troubles getting it, Linda likes the Charge HR and seems to be giving her the data she wants.  She likes to tell me how many steps she was able to crank out for the day or high her heartbeat got during an agility run.

On a side note, the Fitbit is trying to move in on our relationship.  She woke up one day and the display said SMOOCHES.  Back off Charge!! – You’ve been warned