Well, the extended roadtrip has officially come to the end.  We arrived back home to snow on the ground and temperatures our bodies downright reject.  To the best of my ability I’ll be covering the sites and sights in the coming months (possibly years ha).  The image hopper is officially overflowing due to more than a terabyte of content we managed to bring back with us.  Admittedly the shot total was inflated this trip due to my retirement gift to myself – finally gave in and purchased a new camera body.  Every photography becomes one with their gear over the years, their babies if you will.  Every setting that needed to be changed could be done by muscle memory without ever taking my eye off the subject.  Each button, dial, menu setting custom configured to rapidly transition to different scenarios in the field.  Similarity to the current body was a key determiner for the replacement – as to be expected there were a few differences and anomalies that have to be familiarized with over time.  Missed a lot of shots this trip that irked me every time and for those I dive have time to experiment, the shot count increased tremendously.  Fingers crossed we’ll find something in the digital darkroom worth sharing.  Question is… how long will it take to get this comfortable with the new rig… There has been a heavy focus on our national bird this month.  Two posts previous and now today’s feature as well.  This third and final part of the American Bald Eagle perspectives analysis completes the progression from the traditional shots that have overfilled my digital darkroom to the more interesting angles that has now become the quest in our Eagle outings. 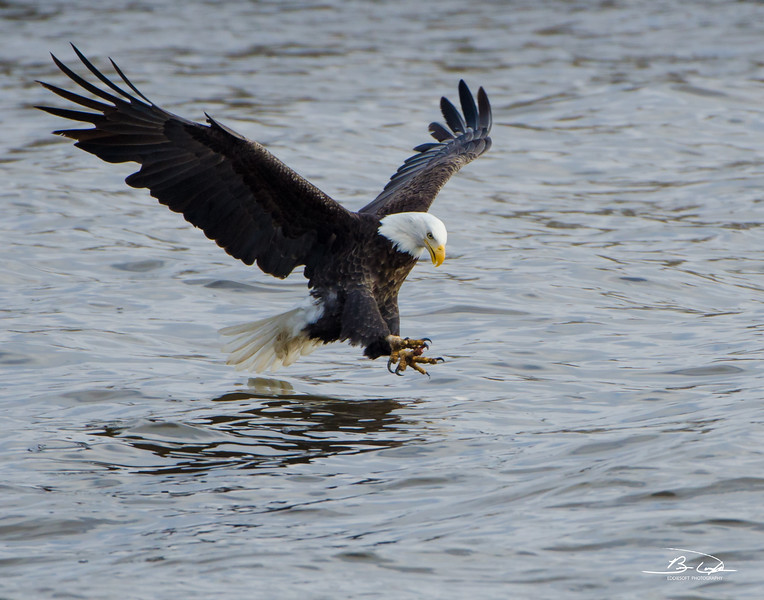 Hit the jump to see a few more interesting perspectives of our majestic bird.

END_OF_DOCUMENT_TOKEN_TO_BE_REPLACED

UPDATE 12/1/2019 – Finally getting around to this but wanted to give a quick update that the https://www.butterfliesandmoths.org website came through and confirmed this was a Modest Sphinx Moth (link here)

Welcome to the New Year everyone!  Hope your holiday celebrations were fun and safe.  I did take some time off from the wildlife posts to get through a backlog of Halloween Haunted Trail and running features on my other blog.  Those were way overdue and I hate to leave loose ends hanging about as we cross into the new year.  One loose end that still needs addressing is my year end blog summary.  That takes a lot of time and I wanted to spend that instead getting ready to head back to work tomorrow.  10 days off is wonderful, but in reality, it just means twice as much work to greet you when you make it back to your office.  It’s also college bowl day so enjoying some rare football (now that I’m in my second year of boycotting the professional version).  It is pretty hard for me to just sit and watch TV – seems like such a waste of time.  So, thought I would combine it with putting out my first Wildlife post of 2019. 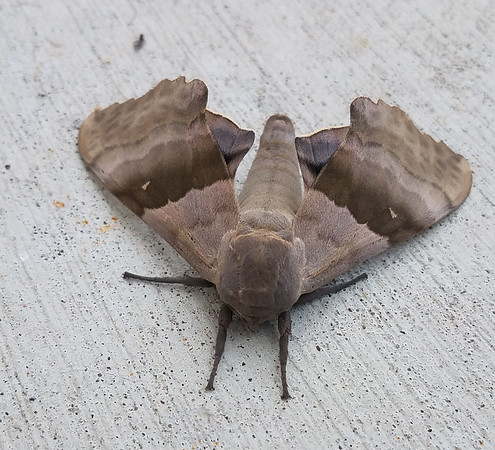 Hit the jump to learn what my guess is for the huge Moth.

END_OF_DOCUMENT_TOKEN_TO_BE_REPLACED

Remember me, I’m the dude that is suppose to have 6 posts a month yet it is nearly Christmas and the tally is stuck at a lousy one.  Of course, there is another more “half full” way to look at it which is 67 out of 72 in the books already with another New Year’s commitment about to get the checkmark.  Truth is things have been busy as of late, but Friday was my last day of work this year which leaves me plenty of time to pound on the keyboard.  Which brings me to tonight’s quick post.  Linda and I were up in the Quad Cities yesterday to have Christmas dinner (actually to be more accurate, Christmas lunch) with her side of the family.  Linda’s middle brother lives in Bettendorf IA which is minutes away from our favorite place to take eagle pictures.  With the cameras all packed, we left an hour early to give us some time to see if this year’s eagles had made their way down yet.

Unfortunately, I only saw two eagles.  One ended up flying over us and landing in the trees at the other end of the parking lot.  Creeping over there in my best ninja impersonation provided about 5 “bird on a stick” shots.  By the last shot, he was clearly staring at me rather intently before deciding his wings gave a significant advantage over the land dwellers and left for the safety somewhere out in the Mississippi River.  Stupid me didn’t have the camera configured to my preferred in flight settings making it difficult to get shots as he flew directly over my head.  Eventually another decided to check out the fish options nearby, but again, no shots worth bragging about.  I did walk down a little and say hello to another photographer that had set up along the river.  After some lens envy (always impressed by the $6K+ fast glass some people haul out there).  According to that photographer there were 10 eagles nesting in a nearby set of trees, but another photography couple had decided to walk directly out to those trees and scared them all away.  They were on their way back over while I was talking to the guy.  Guessing the dude wasn’t too happy about that since he literally stared at them the entire time they were walking back past him until they were in their car heading out.  Keep in mind, it was about 1 degree out and he was probably staking out that location for some time.  I always try to be conscious of other photographers in the area and respect their positions especially if they were there before me.  For the curious, I verified there were no other photographers taking pictures of the eagle I saw at the end of the lot, otherwise the approach would have been delayed.

Guessing at this point that it is still a little early for the best eagle watching.  After about 10 more minutes I called it a shoot and headed back to the car where Linda and the dogs were waiting patiently.  Another car pulled into the area just as I reached the edge of the lot.  Something seemed odd about it, but had difficulty pinning it down.  Nothing really unique or special about the car, in fact, it was a pretty boring 4 door in a champagne or off silver color.  There were no stickers or ornate hangings from the rear view mirror that would interest me either.  As I started to turn back to our car it became clear why the brain alarm was going off.  The front license plate was covered in a camouflage cloth.  It was also done with care since it was perfectly wrapped and tight fitting like a package.  Although I was trying n0t to stare since the car was right next to me and the owner was still inside, it did seem like it was actually more like a shower cap of sorts that had elastic on the backside which held it tight to the plate bracket.  Okay, now I am totally curious.  Is this some kind of car ninja all decked out in clever urban camo?  Maybe he’s like a transporter and wants to remain stealth like or worse here to kill me, take my camera and throw my lifeless carcass into the frozen river.  Conscious of the latter option I headed back to our SUV.  Once inside I informed Linda of the interesting situation, but it didn’t seem to be as intriguing to her as it was to me.  Needing to get to her brother’s, she backed out and headed to the exit.  As we passed the car, the first thing I noticed was it had a rear license plate (Iowa) that wasn’t covered up at all.  At the same time the owner of the car got out revealing he was probably in his late 60’s early 70’s causing an internal chuckle since my own ninja skilz would have kept me safe and sound.  This whole things still interests me and still kicking myself for not trying to get a shot for you.  Linda’s conclusion was that he didn’t want his car being photographed by the traffic cameras in the Quad Cities and therefore put the cover on the front.  I’d almost buy this under the assumption the traffic cameras only took head-on shots, but guessing they also take a rear shot just in case.  Secondly, and more importantly, it is mandatory in Iowa (like Illinois) to have a front license plate, so actually he is putting himself in a more likely position to get pulled over and given a ticket by any of the local police forces.

Probably reading more into this than there really is, but I’m all about the weird and this discovery fits the bill.  Any of you have theories on this you would like to share?  If not, I’m going with the discovery of an urban ninja using his clever skilz to live among us without detection (this includes the old guy disguise).  For what evil purposes is still unclear, but clearly lucky to be alive today to tell about it.