Well, I was supposed to get this post out last night.  Clearly, that didn’t happen ironically due to completely losing track of time while I was banging away on the skins -eh, more like Kevlar mesh on my electronic drum set.  Second only to running, one of the few things I enjoy sweating my ass doing for hours and hours.  A great way to log some cardio and eliminate all your stress – win win in by book.  Why the irony?  Yesterday’s post intended to feature the patron bird of every band. 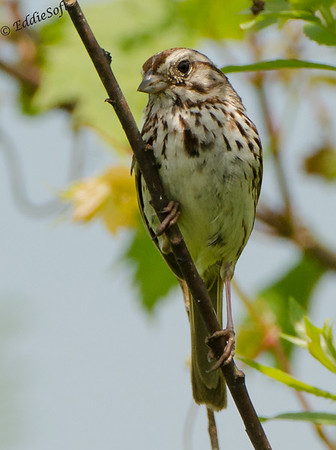 Yep, that’s the Song Sparrow!  Somehow managed to get 10 posts out in July between the wild side here and the mothership blowing my self-imposed 6 posts a month goal right out of the water.  Long live being a slave to the grind ha.  Guessing you might not have noticed, but I’ve been featuring pretty much fresh content – as in shots taken this year – almost exclusively.  Still means the backlog is growing older and older, but at least trying to stay on top of the new stuff (which I’ve barely even begun to scratch thanks to the Texas and then the Alabama Gulf Shores trips).  Wanted to go a bit deeper into the queue and pop a few of those off while up for the month – that was the plan. 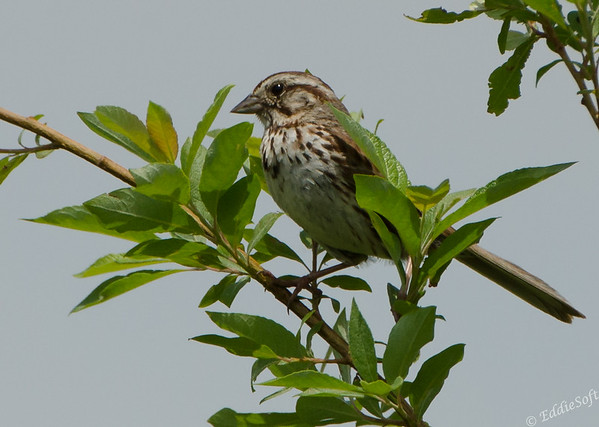 Hit the jump to read more about our musical friend.

Decided to go ahead and start the new month off with the rather drab Song Sparrow and see if I can’t build more color as the month progresses.  Should be easy based on the number of new Warblers that can’t wait to be featured.  This series of shots was taken a little more than two years ago in June of 2019.  A happier time for sure as we were fairly oblivious as to what was going to hit us in the coming months.  It was a rather typical summer spent birding the various state parks.  Our featured specimen comes to you from Chain O’ Lakes State Park up near Spring Grove, IL. 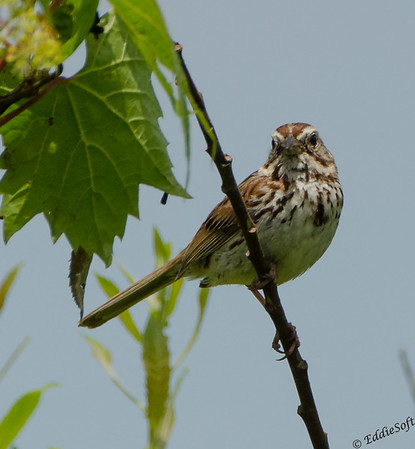 With all the fields, brush and lake edges you have amble opportunity to tin one of these creatures at that park.  Their drab colors can make it difficult to see at first, however, their sweet songs will clue you in to their whereabouts.  The  Song Sparrow has a long phrased song (2-6) that usually ends with a trill.  Their patterns can fluctuate in tone, pitch and length.  Listen for that final twill and then start checking off additional field markings to confirm it – these Sparrows can be a pain in the ass to ID so try to get as many angles as you can with special attention to the chest and side profile of the head. 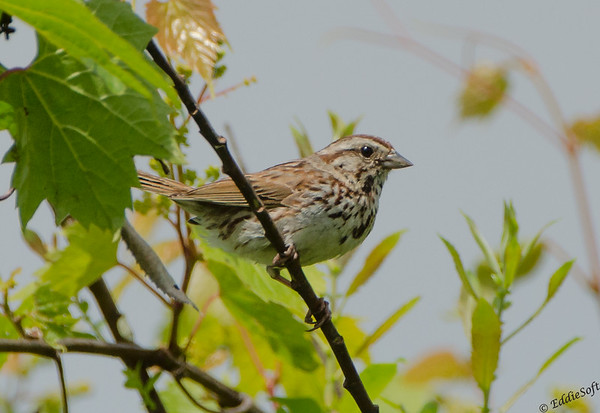 Still might be a struggle to get a clear shot at them as they have an uncanny (if not devious) ability to keep a leaf or a branch between them and your glass.  I find you can wait them out and their urge to explore their surroundings will get the better of them as they leap to the next stray branch or twig they spot. 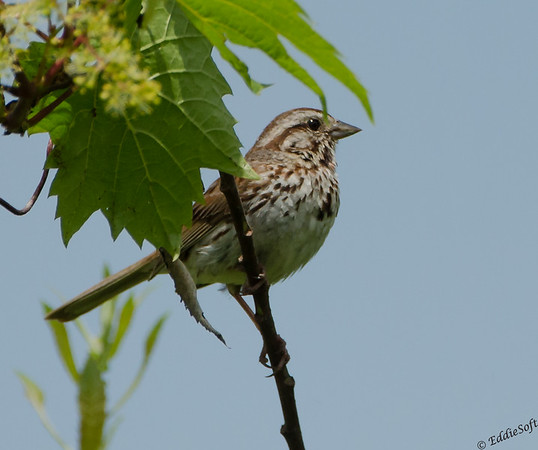 Speaking of “spot”, that is one of the additional characteristics that help distinguish this species from the rest of the little brown jobbers.  The course streaking on their breast will often converge into a darker spot on their chest.  Note the American Tree Sparrow has a large regional range that overlaps with the Song and they also have a spot on their chest.  These two species can be distinguished in the field by noting the streaking on the Song breast which is not present on the Tree. 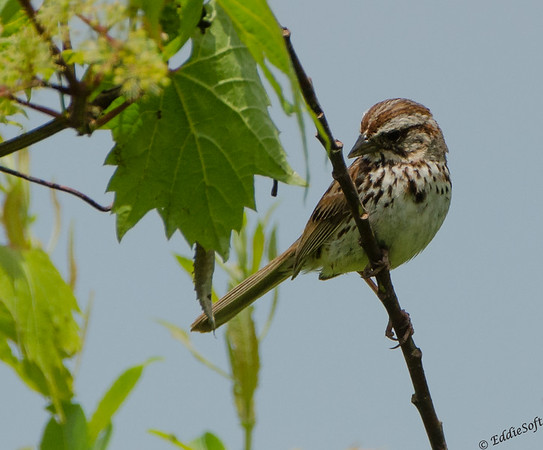 From there you pretty have to play the sleuth game and try to distinguish the differing head patterns on the numerous Sparrows.   I do have a cheat sheet that helps me get the more easily distinguishable characteristics checked off.  My best advice is fill your tin with whatever shots you can get and do the ID work in the digital darkroom.  Sometimes you just have to toss it in the “LBJ” file and simply admire it as just a  bird – especially if you find yourself staring at a juvenile Sparrow. 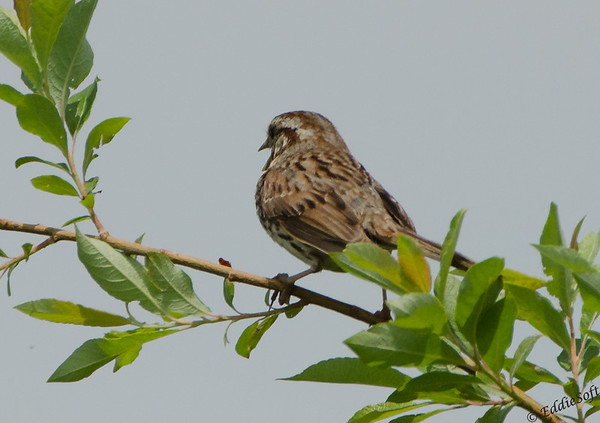 Fortunately, this one was pretty easy aided by the song and definitely the streaked chest with the spot. I did line up the head profile just to make sure and that provided the final confirmation.

Hope you enjoyed our musically themed bird today. Not the most exciting bird to look at for sure. What it lacks in flamboyance it makes up in regional expanse. If you live in the contiguous US or most of Canada then you are in range – except for a small spot along the South and North Dakota border. Not sure what is up with that beyond maybe they hate fiddles which happens to be South Dakota’s official state musical instrument since 1989. Before you ask, I have no idea what the official instrument of North Dakota is or for any other state for that matter. Wait, I think Illinois’ might be the harmonica in honor of all the jailed politicians we have in this broke state.