All I can say is thank god there’s 31 days in August.  Cutting it close with the quota this month, but all is good.  I knew it would be in reach as long as I got within 1 of the quota.  September is my stress month as it is usually a huge race month and more critical, the last month before our big Halloween event, the Haunted Trail of Tears.  Thanks to Covid, the race season has been decimated so that has been taken out of the equation.  We are still discussing what to do about the party, but for now it is still on assuming we can incorporate appropriate safeguards against the invisible enemy.  That means the prop factory is in full swing to close out the new 2020 editions.  To keep the momentum going, the final post of the month features the last of the new props from the 2019 event. 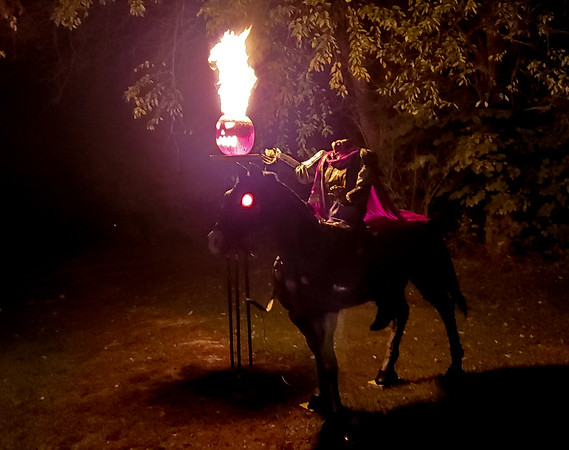 Yep, the Grand Poobah of the new props.  I’ve already covered the other new additions, Westworld 2.0 Posey Line (link here), Ned (link here) and Johnny (link here),  The last new prop for the 2019 trail was big.. like really big…like lifesize horse big.  Whoever runs the Halloween decorations at Home Depot may actually like Halloween as much as I and that is saying a LOT.  Their offerings each year are incredible.. problem is.. they kind of know it per the price tags they slap on their items.  They had a life size Zombie Horse prop for the 2018 offerings.  Guess what the price was?  go ahead, pick a number…if you picked $200 you were to low!  Their horse was $300 which is too steep for this haunter.  I can build a lot of my own props for that much money.

END_OF_DOCUMENT_TOKEN_TO_BE_REPLACED

Clearly someone shorted me a bunch of days this month.  That is the only explanation I can think of for once again scrambling to get my blog quota covered for August.  Appears to have went directly from August 8th to the 28th – as rich Uncle Pennybags says – head directly to end of month, don’t pass Go and don’t even think about that two hundred bucks. 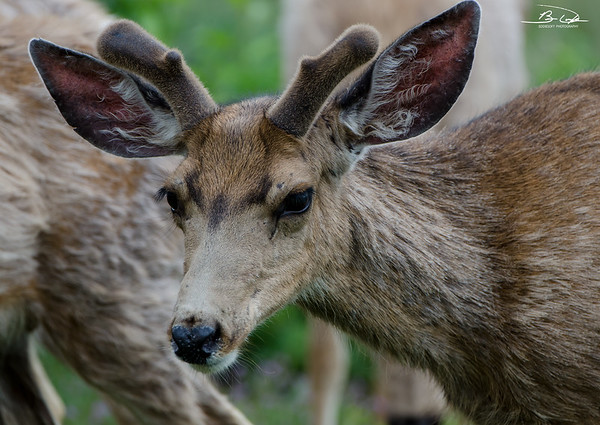 Since I started the month with a little something out of the ordinary, finished I’d close the wildlife side of the Intrigued with hooves instead of feathers.  In our parts, we are loaded with White-Tailed Deer.  In fact, I happen to live in an area known for the large size of their bucks.  Over the last several years Blue Tongue, Chronic Wasting and my personal opinion a tag number that is too high for the area as a result has dropped our numbers significantly. So far this season I have only seen one young buck in a full out sprint across a bean field before turning 90 degrees and crossing directly in front of my truck.  If there is one lesson learned from years of country living it’s to expect these creatures will go out of their way to put themselves in danger.  I had slowed to a crawl after spotting it so this one had safe passage to the corn field it decided would be more fun to trample. For the record, one of those beasts destroyed the first car I bought out of college.

Hit the jump to check out some more shots of our friends from the West.

END_OF_DOCUMENT_TOKEN_TO_BE_REPLACED

Our heartfelt prayers for those impacted by the recent Laura hurricane landfall.  We have spent many vacations over the years enjoying the beautiful Texas Gulf Coast. We’ve witnessed firsthand the devastation to Rockport and the surrounding areas thanks to another hurricane that ripped through the area.  Will never forget seeing an entire remains of a city literally piled up for miles in the center median of the main highway.  I am not sure how much damage Laura inflicted yet, but I did hear Anahuc was hit – one of our favorite places to bird.

In tribute to our Gulf friends I bring you.. 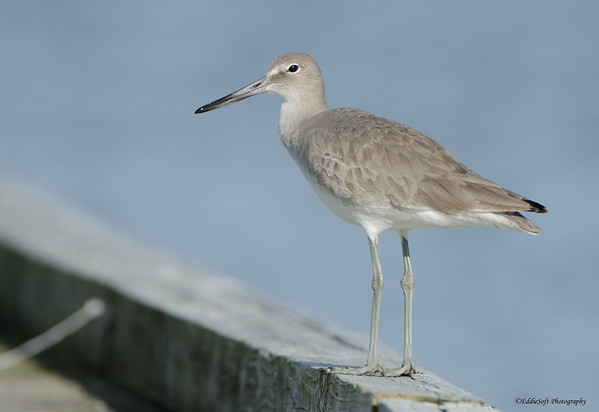 This series of shots was taken at Galveston Island State Park and nearby Bolivar Peninsula from our trip down there in January 2017.  The Willet is not a new bird to the list and was actually featured back in Nov 2019 (link here).  Fortunately for us, these rather regal looking birds are pretty common in the States.  With the exception of the Eastern mainland and the upper west corner, these long legged shorebirds can be found at some port during the season either in their northern breading grounds or as they pass through to the coast for the winter months. 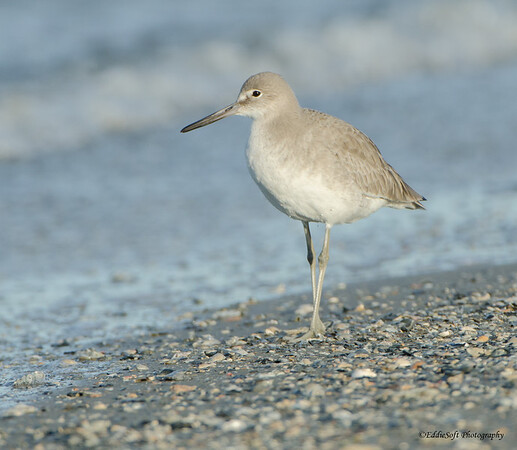 Hit the jump to read a bit more about our Yoga practicing Willet.

END_OF_DOCUMENT_TOKEN_TO_BE_REPLACED

And we are back once again.  Figured I’d make the best of it as I sit her nursing a pretty banged up left leg.  Not entirely sure what is going on, either my karma got screwed up somehow, just a series of unfortunate events, something is wrong with my running cadence or I’m going blind.  Any of those are in play at the moment pending further study.  A week ago I took a “snowboard” fall on the trail.  For those that haven’t had the pleasure of learning how to snowboard, front edge falls are both instantaneous and brutal.  Clipped my foot on a root that was hiding in the weeds alongside the trail.  You learn quickly that you get your ass off the ground and keep running before your body has a chance to have second thoughts.  6 miles further and a night of rest resulted in a softball size bruise on my shin.  Flash forward to this morning at the farthest extent of a 13 mile trail run where my left foot clipped a rock strategically positioned to maximize pain.  That left blood on the trail and a rather intriguing 6 miles back to the car.  2 minutes before that I was in fluffy trail dust, but nooooo, can’t go down there, I have to pick the section covered in sharp rocks.  Now sitting here speculating how long the gashes will take to heal and what new colors of the rainbow will be added to my already banged up leg.   Bright side, my ribs seem to have survived the impacts, so we’ll be back on the trails before the week is up.

While I mend, let’s feature some Goose play. 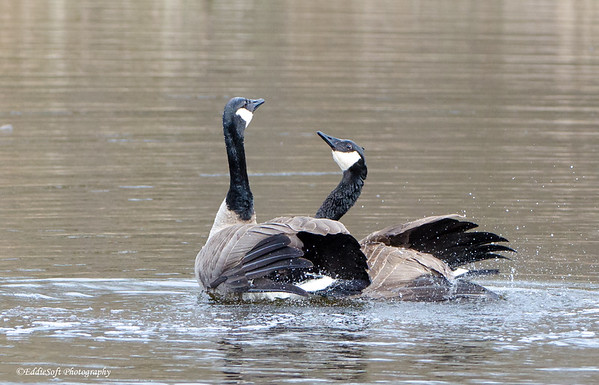 I saw these two while doing a little birding at Chain O’ Lakes back in April 2017.  Guessing there was not a lot of targets in the area as I tend to take a few shots of these Geese and continue on.  There is no shortage of Canada Geese in the area.  Just did a quick check of their region and if the range maps are correct, these distinctive Geese or abundant in North America as a whole.  They do come up short in the Central America region, very odd gap in eastern California and what looks like just east of the Rockies in Canada.  Probably got wind of the mass exodus out of California, but unaware of the no-go zone in Canada.

Hit the jump to see what these two were up to.

END_OF_DOCUMENT_TOKEN_TO_BE_REPLACED

Greetings everyone!  Apologies, as it has been a bit since we last met.  There are a number of reasons for that with the primary one being we are dangerously close to Halloween which translates to a very busy Bri.  The joke around here is we take a day off to actually celebrate Halloween and show off the latest additions and then we are back in the lab designing, building and wiring the new props for next year’s Haunted Trail of Tears. My 3D printer has been going nonstop and I’m currently up to my eyeballs in wire, servos, Arduinos and a bevy of linkages that would make any mechanical engineer envious.  That doesn’t mean I get to forget about my commitment to my readers so how about a little Yellow for today. 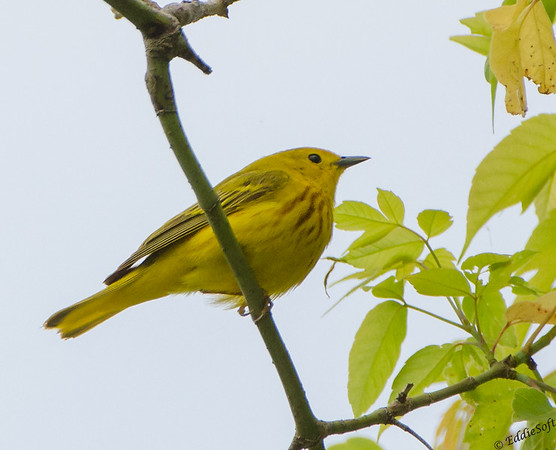 Quite the “electrical banana” of you will pardon a reference to maybe one of the worst songs every written or produced.  Not exactly the best reference as Donovan was apparently referring to the ladies where these first few shots are of the male Yellow Warbler.  What do you say we all go in on a petition to rename this brightly colored species the Banana Warbler – upside is it will bypass all the current uproar over birds named after southern references. 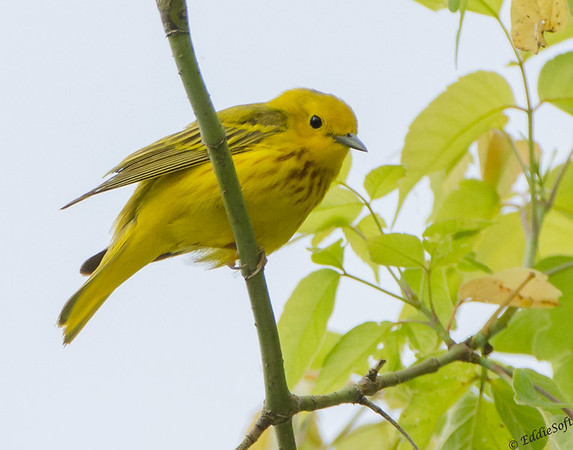 Hit the jump to see a few more shots our brightly colored Warbler.

END_OF_DOCUMENT_TOKEN_TO_BE_REPLACED

Happy anniversary to my wife.  Astute Intrigued blog readers should immediately cry foul as I already posted on our wedding anniversary a few weeks back.  Well, I didn’t specify in my opening exactly what the anniversary was – in truth it is her one year anniversary of her heart valve replacement surgery at Mayo.  An extremely stressful time for me and I can only imagine what she must have been going through on her end.  All is well now, her cuts have healed,  she’s made it through her cardio rehab, now close to completely recovered from the unexpected paralysis and once again able to do her favorite activities.  Congratulations to Linda and our bottomless thanks to the doctors and employees at Mayo.   I definitely do not have a good topic to go with such an anniversary, but I do have a … 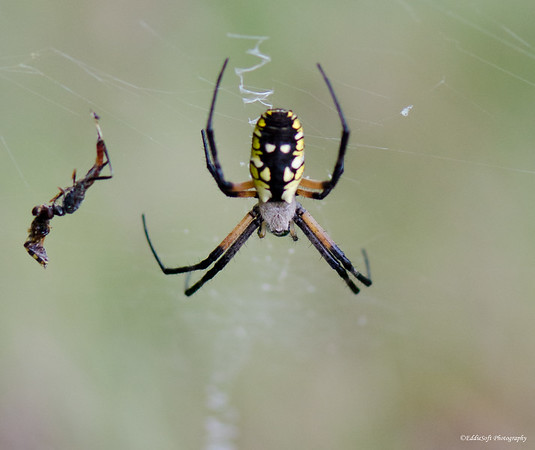 … yep, a Spider!  One of those creatures that are rarely featured here on the blog.  There’s a couple of reasons for that.  First being I don’t spend a lot of time out in the field with small glass.  When I go, I go big as most of my subjects prefer to stay as far away from me as possible.  The small creatures are better left for the light glass (macros and maybe some low wides).  We do have a nice macro glass, but that encroaches on Linda’s domain.  Besides, why not get a workout while enjoying one of your favorite past times.  The second reason is, although I live in the middle of a forest, it really do have that much variety in Spider species.  I can give you all the Wolf Spiders you can take, small ones, medium ones, large ones and “holy crap that’s a monster!” size.  We do have the Recluse but I would rather just leave those alone and then a smattering of other far less exciting web spinners that will make the ground look like hundreds of tiny lights when you shine a light on a summer’s night. 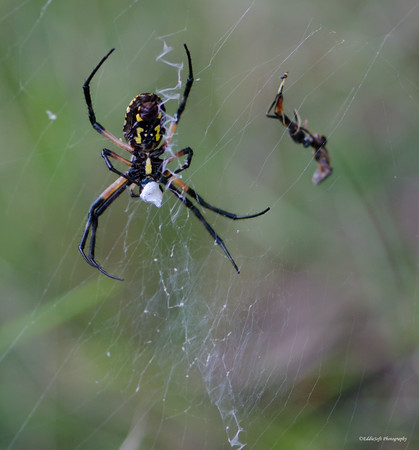 Hit the jump to read a bit more about the Punisher!