Greetings from what seems like day 2,367 of the Illinois lockdown!  Anytime my running gets curtailed things tend to start dragging.  Thanks to a local park and a Corp of Engineer site where I do 90% of my trail and hill training being closed, I’ve had to resort to running county roads and my treadmill.  Our rural roads have a nasty crown in them which makes my hips scream and any distance runner can attest long training runs indoors will grind your mind to zombie in nothing flat.  I have been able to confirm some stuff during this eternity (okay, more like 4 days). For example, although I had already written off the NFL several years ago  in honor of my Father who fought under the symbol they think so little of, I have now found my life is quite fine without any professional sports… not to mention a hell of a lot more productive.  Guessing that is exactly what every professional sports franchise fears every single day – when the fans realize you are not a necessity.  Now contrast that with things I DO need – you know, like CHECKS ON MY BIRDING LIST.  Ron put a major dent in my minuscule lead earlier in the year and I need every little morsel of count I can get which brings me to this. 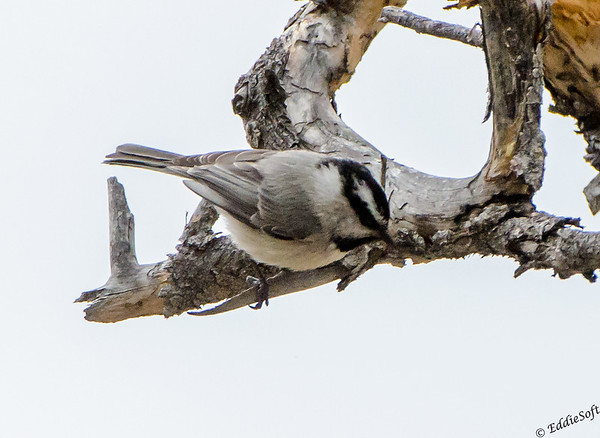 If you are like me when I originally took this shot 0.86 dog years ago.  We were out in the Colorado region attending the Teacup Dog Agility Association Nationals  (brings up fond memories of our beloved Rizzi who took 6th in the nation for his height group – we still miss that little guy who left us in the midst of Linda’ surgery last year). On our way out we swung by the Rocky Mountain National Park for a little birding.  While taking in the local Nutcrackers, Marmots and Owls,  a Chickadee decided to drop in and see what had everyone’s attention.  We have our share of Chickadees here in the Midwest so didn’t get too excited at the time.  Nevertheless, staying true to the bird photographer’s code, I made sure to get a few shots in the tin. 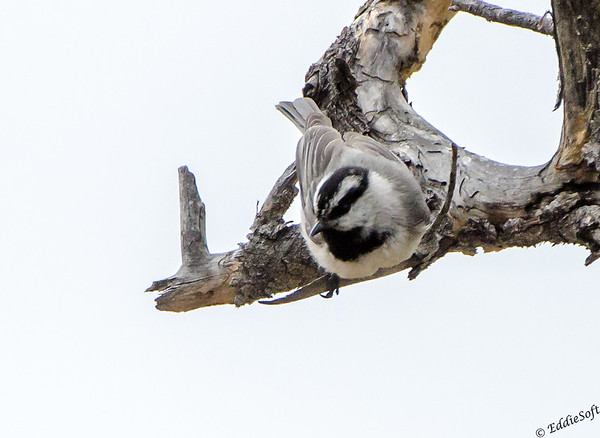 Hit the jump to read about more about this overlooked bird.

It was not until sometime after that… okay, admittedly it was more like years as my backlog always runs in the ridiculous, that I realized something was off.  Shots get a lot more scrutiny in the digital darkroom as I tend to focus a lot more on the details.  It is shocking how much the darkroom floor is littered with discarded shots – thank god for the digital cards or I would be out begging on busy corners for a few dimes to cover all the old film processing costs.  It is during that closer inspection that something jumped out at me.  Something that should have been all too clear in the present when I was pressing the shutter button.  I’ll let those readers from the northern half of the States and southern Canada take a stab at what feature might have triggered my spidey senses. 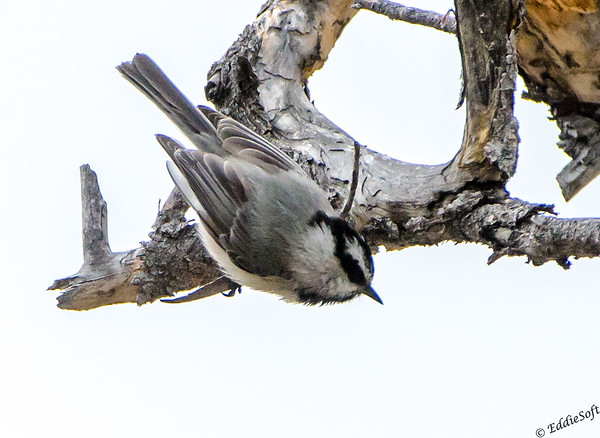 If you guessed a white line, then you are today’s winner.  Actually, it’s technically two white lines to be exact, but it depends on the angle of the bird.  Those of us in the region noted above should be used to seeing the all black cap of the appropriately named Black-Capped Chickadee.  Extremely common year round in our parts and assuredly a partaker of any feeder you happen to have in your yard. As you can easily see from the shots, our specimen here has two white stripes through the black cap – directly over the eye.  That is a key feature that distinguished the Mountain Chickadee from its more common variety.  Those lines also signify a +1 on my birding list.  Now, I do have an admission.  I was able to get much better shots of this while attending the wedding of Ron’s son Matt out in Lake Tahoe last Memorial Day weekend – or as I like to say yesterday (in relationship to how long it will take for me to actually get down to processing those captures).  Being impatient, went ahead and decided to use this series as my claim on the check.  Kudos if you quickly deduced that this advantage over Ron is only short lived as he had equal opportunity to tin this species as well – truth be told, I helped him get it because that’s the kind of brother I am (now go ask him about the Ross’ Goose hehehe). 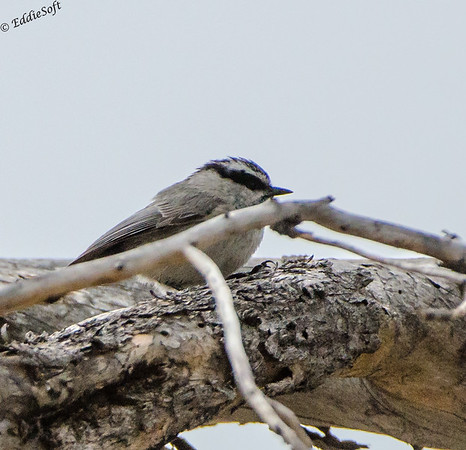 Speaking of Ron, I did leave in the cluttered shot above to satisfy his lust for multiple angles – the other shots didn’t really give that full side profile.  Seeing as I’m out of shots, better get to the interesting facts so you have something educational to leave with.  In what appears to be equivalent to humans and toilet paper at the moment, these Chickadees are seed hoarders.  According to Cornell, they’ll shuck that sunflower while perched near your feeder so you THINK they are enjoying a small meal for the day – in reality, they will take that seed and stash it in some secret space so they can sell it to needy birds at inflated market margins when the feeder goes dry – bastards!!  I probably should be a little nicer in my commentary as these creatures do humanity a big favor whenever the tree killing insects descend on our western evergreens.  Their taste for those nasty insects goes a long way in protecting those forests.

Not much else there, so going to call it a post.  Hope you enjoyed my newest addition.  By the way, recently found out there is another thing in the I NEED category and that’s pictures of pretty flowers in my inbox.  Thanks to CJ, my day became a little brighter.