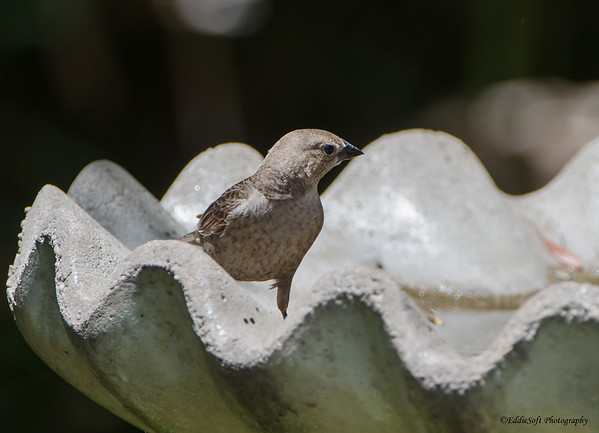 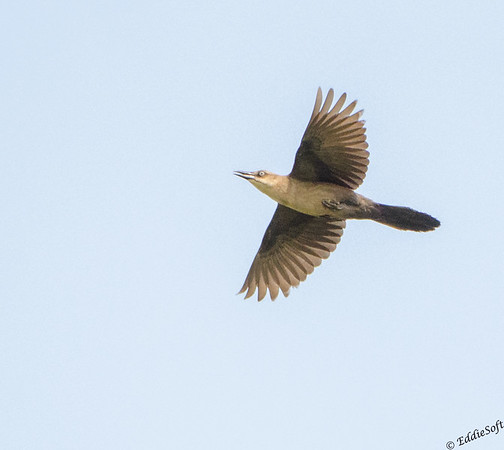 This shot actually required assistance from Ron.  The angle and complete void of anything that could be used as a size reference let my imagination wander a bit.  It could have been due to all the Anhingas and Wood Storks that were taking up much of my tin on that trip, but I wrongly assumed this was another large bird.  After a lengthy session on the phone with Ron,  we came to the conclusion it was not a larger bird, rather a female Grackle – likely a Boat or Great based the size of the tail. 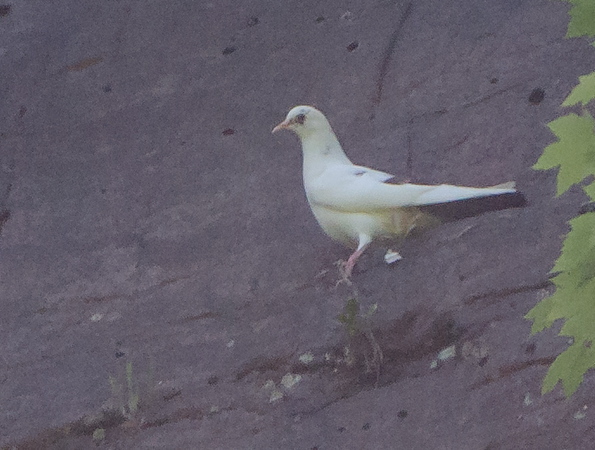 These rather awful shots above and below are more for a personal reference that something to really show off.  It is nearly impossible to go birding without seeing the Rock Dove as they cover the entire US and Central America year round.  What I hadn’t come across (at least at the time) was the mostly white variety.  These Rocks have a wide variety of coloring including the darker morphs in the shot below.  Sorry for the bad execution on the shot – it happened to be drizzling at the time and was shooting into a dark crevice in the rocks above.

Another fairly common bird, at least in the US is the Blue-Gray Gnatcatcher.  Often seen, but an absolute pain in the ass to get a decent picture of.  These little birds must take 5 shots of espresso the minute they wake up.

They also tend to stay fairly high in the tree canopy adding even more hardship to an already difficult task.  Note, I experienced a harder specimen to photograph while at Lake Tahoe last week.  While walking around their trail a bat decided to do some late afternoon hunting.  Now that was a workout – fingers crossed at least one of those shots came out decent.  If not, it wouldn’t be for lack of trying.

I think the shot above is one of my favorites of these birds.  Managed to get one away from stray limbs and leaves.  Also like how most of the angles line up between the bird, and the branches other than the one it was perched on.   The specimen below took the top prize for number of shots taken – 221 pictures thanks to being unable to tell exactly what it was as it dove in and out of the pine trees.  After all that it wasn’t a new bird .. sigh – thank god for the digital evolution.

Might as well throw in another shot – pretty cute bird.

Yes, there’s always at least one joker in the bunch that lets you know what it thinks of stupid birders invading their space. 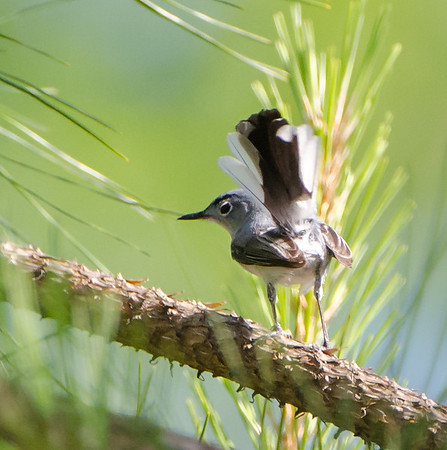 Another crappy shot, but good news on this one.  This is a Mississippi Kite which is technically a +1 for me.  However, I was lucky enough to get better pictures from a more recent birding trip to Arkansas.  I’ll use that series as my official checklist (as soon as I get those processed).  Adding this one just to tease Ron as I do not think he has one of these hehehe.

I think I have a new bird to add to my nemesis list.  Not sure what it is with the White-Eyed Vireo, but I have yet to get a decent shot of one of them.  Seems like every time I come in contact it is either bad weather conditions, poor visibility or deep in foliage causing me to crank up the ISO just to be able to tell it was even a bird in the tin.  Here was my previous craptastic effort (link here).  Pretty much looks the same as these new shots. 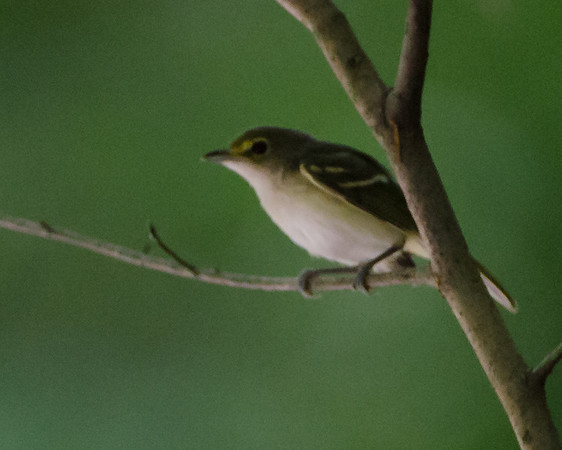 Slightly better, at least you can see the eye-ring a bit better.  Definitely didn’t get the super cool eye. 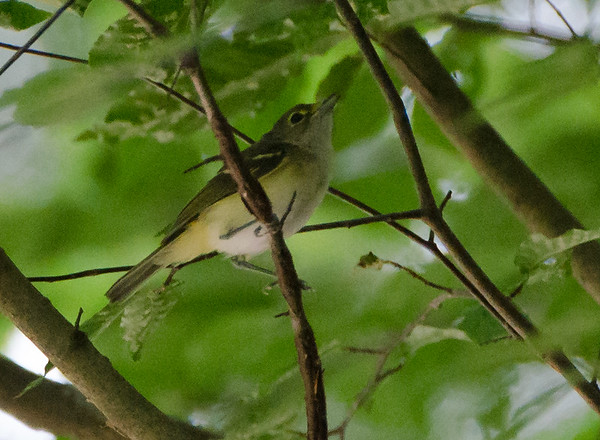 …and another shot – still can’t see the eye coloring.

Pretty sure these are just crossbred mutant ducks.  They were hanging out in a pond in the campground we were staying at. I usually don’t waste time with the un-naturals, however, this looked like a cute couple.

Okay,  just throwing this last shot out there to taunt myself.  I’ve hunted the Red-Cockaded Woodpecker on numerous trips in numerous states.  Want to guess how many time I’ve been able to get one successfully in the tin – here’s a hint ZERO.  Place after place advertised they had breeding Reds. Even found the trees with their nests – some even marked by the rangers to the exact location on the tree.  All I’ve gotten is an impressive collection of small black holes.  While at one location, a Pecker came flying by, lit on a tree for a micro second and then darted away.  There was a chance to get one amazingly quick shot.

I doubt it is the Red and there is no way you could ever tell from the portion of the body that was copied.  I will say that it does seem to fit based on what  made it into the frame.  I’ll be after it again before too long – wish me luck.

Well, time to get to bed – have to be up early for work tomorrow – keeping the run alive for now – 30 years and one day.