Greetings everyone.  Been a little bit lax on my posting as of late, but things keep popping up that have to be whack-o-moled down before they get out of control.  Ironically one of those is dealing with a mole that has decided the abundant acreage of woods around our house isn’t as inviting as the 1 to 2 acres I carved out for our lawn.  Crazy demon-spawn continually break our pact – no harm shall come to thee as long as they stay off my lawn.  Yet they continually test my resolve and launch their torpedoes toward my house to test my authori-TEH!  I mainly bring this up because those pink clawed creatures usually start their insurgency at the same time today’s featured bird starts their annual courtship rituals.

Hit the jump to see even crappier pictures.

I am going to flat out tell you these pictures absolutely suck.  As mentioned in my title, I have drawn better birds than these pictures came out, however, in my defense, these are the best that could be done under the conditions.  To set the scene better, while attending the local Audubon Chapter’s monthly presentation I learned that one of the members  was going to host a Timberdoodle Dance event the following night.  This brought a slight internal groan knowing that Ron likes to poke at me by using that alternative name for the American Woodcock while pointing out the fact he already has the long billed species on his list.  One had popped down in front of me a few years ago while I was standing in the clearing for our new outbuilding.  Murphy struck as I had no means to take a picture resulting in a pained expression every time the gap is encountered on my bird list reviews.  This opportunity rattled around in my thoughts intermingled with the incredible birds the presenter was featuring from his Costa Rica trip ( a trip down there is now officially on my life list).  Decided that it was too good of an opportunity to pass up – spend some time with a great bunch of people (reason I am now a member of the group), learn about the bird from experts, add a new bird to my list and trim that bird list lead Ron has on me.  Unfortunately, I am coming up on the start of the race season so first order of business was to get a 12 mile training run in and then head out to the event location. 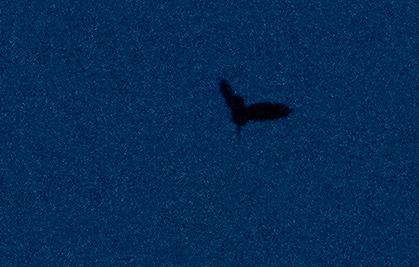 Lucked out as there was another benefit of taking them up on this opportunity – it was at a nature park I had never been to yet less than 20 minutes away from where I lived – The Singing Woods Nature Preserve in Edelstein IL.  I now have a wonderful new place to explore.  The event started at 7:30pm (giving me just enough time to shower off, grab a sandwich on the fly and make it over there after the run).  Once there learned that the likeliest time to see the Timberdoodle (American Woodcock) dance is at dusk at the point  “you can no longer read a newspaper”.  We had a few minutes before that point was reached and spent the time mingling with the 15 or so people that showed up for the dance – gave me a chance to catch up with some individuals I had the pleasure of meeting during my blogging talk the month before (link here).  As the evening grew dark, the Woodcocks unique peent sound began to ring out at the far ends of the field we were standing at.  The show was starting, thanks to overcast skies and a dim moon the camera settings had to be cranked all the way up even on Linda’s low-light D810 that accompanied me having anticipated the conditions.  Every once in a while one would take flight in the distance, do their spiral into the sky and then rapidly descend bring with it the fluttering sound as the wind moved through the wings.  You are looking at the best results that came out of ISO 10K at shortened distance of the 200mm glass due to the full frame body.  Think of it as a Timberdoodle dancing in the Milkyway.  I ended up calling Ron for an official ruling.  I had the signature profile (note bulky body with the rapier bill), heard the recognizable peent call with the freefall rustling sound and lastly had full on confirmation that I was looking at Woodcocks thanks to highly knowledgeable birders.  After complete dissertation on the topic complete with index cards, reference call outs, direct phone a friends to Sibley himself and a rendition of all sounds experienced, Ron relented and gave the formal approval for the +1 on my birding list. 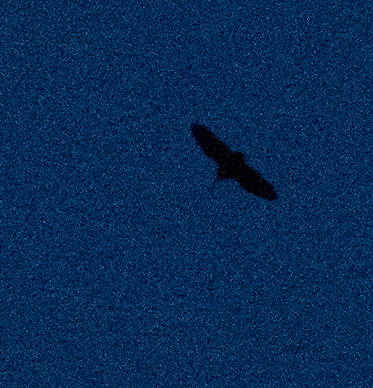 Okay, with that formality out of the way, How about some quick facts to take back to friends and family.  First off, you might be surprised to learn these are really shorebirds – confusing in the sense that we are standing at a field bordered by timberline.  They use their well formed bill to probe for earthworms on the forest ground blending in perfectly with their surrounding thanks to their earth tone feather hues.  Based on their region maps prefer the eastern half of North America.  Their eyes are set so far back and high on their head that they can almost see directly behind them (old adage eyes behind their head).  This feature allows them to keep watch on dangers while they continue foraging on the ground.  Lastly, the male Woodcock will ascend 200-350 feet in the air before his steep descent to his potential mate on the ground.

I apologize again for the awful pictures.  Just glad enough made it into the tin to claim the check.