Hello strangers!  Been awhile since getting a wildlife post out and for that I apologize.  This has been a crazy month already and as of tomorrow I officially enter crunch time on the Haunted Trail (only have ONE more week left to prep).  I’ll post on it as soon as I can, but I did finish my final race of the season last weekend… well more like finished the last raceS of the season thanks to a two-race combo event.  I can officially say that I completed my 4 half marathons in a little more than a month and a half.  Must say, it about killed me (recall the last race recollection), but like they say, that which doesn’t kill me just makes me want to try harder hehehe.  Oh well, plenty of time to talk about running later – we have a bird to get to! 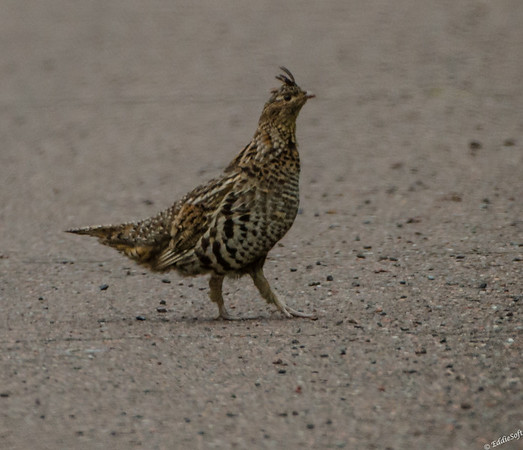 Pretty cool eh?  I have to go it alone for this one due to my Brother Ron being uber-busy himself these days.  I usually like to confirm my bird ID’s with him just to make sure.  Bird IDing can be a bit difficult thanks to several bird species buying their coats from the same tailor.  Always good to have an extra pair of eyes to spot nuances and Ron is really good at that.  After doing some diligence on the web with some additional thumbing through my reference books I’ve decided this particular specimen is a Ruffed Grouse.  More importantly, for those of you keeping score, this (if correct) represent a new +1 for my birding list – YEAH. 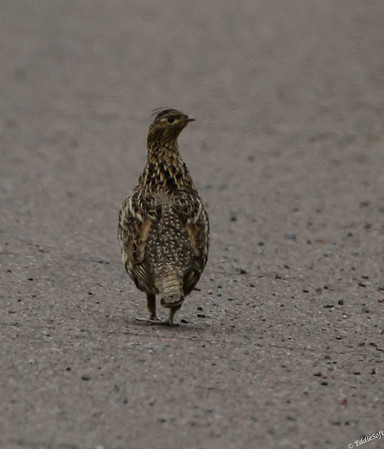 Hit the jump to read and see a bit more about this cool bird.