Just sitting here listening to the Republican debate and thinking to myself – the main loser tonight is CNN. Their party bias is so evident tonight it is at comedy level. If you don’t believe me, see if they ask these same questions at a Democrat debate. Then again, not sure that party can handle a question beyond what is your favorite Girl Scout cookie. By the way, if they answer anything but Thin Mints they can’t be trusted.

Rather than concentrate on the Trump baiting I’ll focus on something more fruitful – another post. Thought I would give you bonus post in celebration of Leap Year.

I actually processed these pictures some time ago. They were taken on a trip up to Davenport Iowa along the Mississippi River. Embarrassingly, this was in March of last year, but hey, still an improvement over the Yellowstone timing which was back in 2013. The reasons for going with this previous set instead of a more recent shoot is due to one main issue – lack of Eagles this year. We’ve been up to the Quad Cities a couple of times now and I think each time we were lucky to find one. 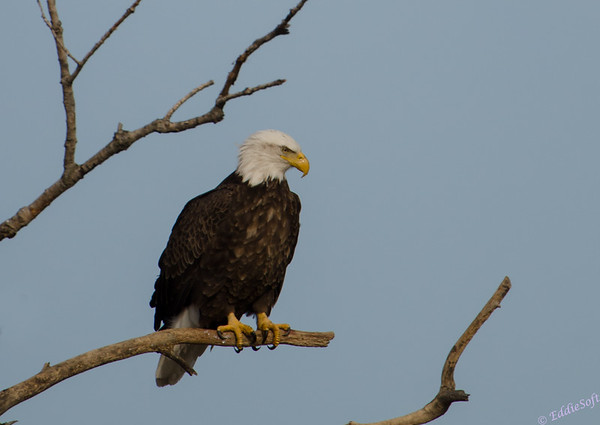 Hit the jump to see some more shots of these beautiful birds.

Last year there were plenty of Eagles around and at one point we counted well over 30. This year the warmer Winter must be keeping them in the Northern regions. Typically the freezing water limits there hunting zones pushing them down our way. As you saw in a previous post, I did find some down in Emiquon, but beyond that pretty slim pickens. 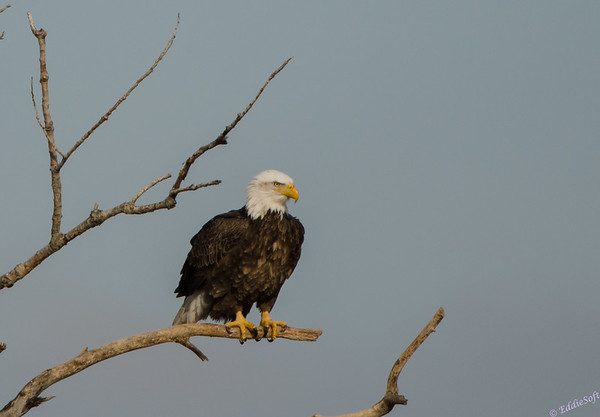 Oddly enough, there was actually a juvi or early year Eagle hanging out about two miles from our house this year. We mistakenly thought it was a Turkey Vulture when we first drove by it, but as soon as it unfurled those long wings and took flight there was no doubt it was feathered royalty. Usually the King (or Queen to be fair) of the skies tends to live off of a fish diet, but this one seemed to be hunting the fields for substance. It hung around for a couple of weeks before disappearing.

Speaking of unfurled wings, thought I’d provide some in-flight shots. Here it is on the prowl. 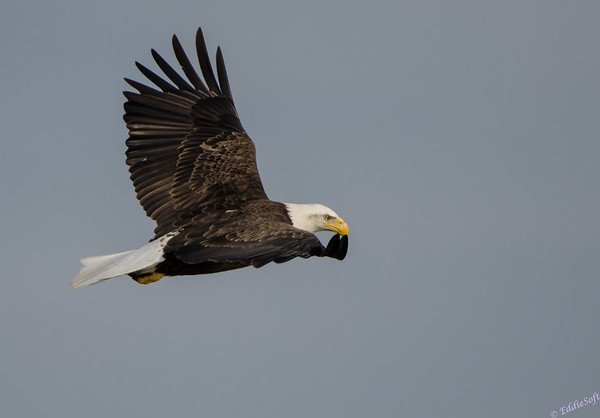 Time to put down the flaps and drop the instruments of death.

The shot above is one of my favorites from a composition perspective. Unfortunately, I was just a tad late on the execution of the kill below. There was another shot in the tin just after it popped the water, but I clipped the left wing – bummer. 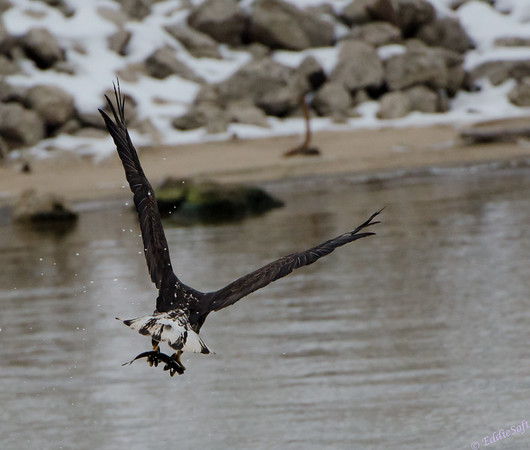 A few more shots from the sky – talons tucked away.

Thought I would throw this one in – typically up in the Quad Cities there are groups of Eagles to shoot. These two were hanging out just down from the 280 bridge in Davenport. I like this composition because they look like sentries keep a 360 degree lookout for intruders. I find them a very watchful species even though they are pretty much on the top of the food chain – only real enemy is the Owl because those dudes are just plain mean. 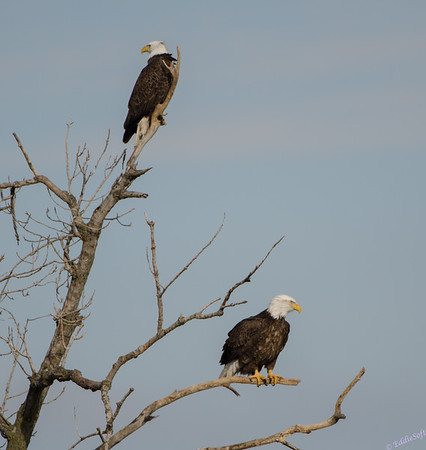 Like I said, these Eagles are a cautious bunch. Luckily their awareness doesn’t translate into a nervousness. They’ll check you off from time to time, but they tend to stay calm on their perch – one reason photographers love to shoot Eagles (almost as photo-friendly as Herons). 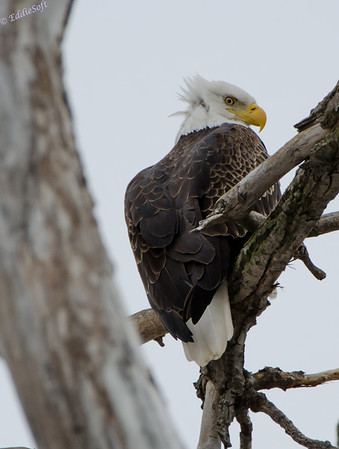 Well, the yelling .. I mean the debating is over so time to wrap this up. The most reassuring thing about this whole night is the fact anyone on that stage would make a better president than what we have today.