As foretold, I am back with another post featuring a Black Bear.  I am changing it up a bit.  This is not a Bear we encountered at Yellowstone National Park back in May of 2013.  Nope, nothing of the sorts.  This fine specimen was actually taken at the Grand Tetons. 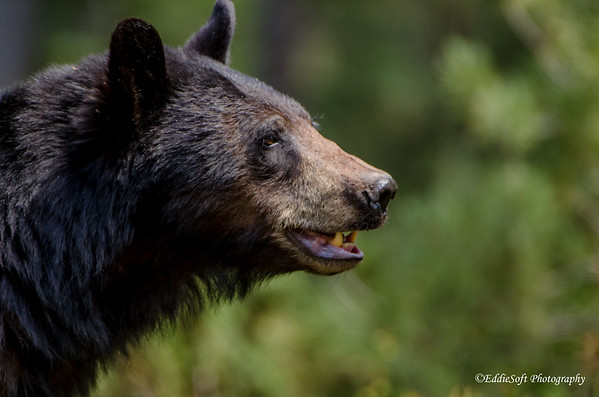 We headed down to the Tetons after our Yellowstone visit on our homeward leg of the vacation.  From a wildlife perspective, the Tetons have never really given us much to put in our tins.  We did get a Moose during one of our visits, but beyond that, that park has rarely offered up anything in the mammal category worth talking about.. much less adding to our gallery.   That changed in a significant way on this trip. 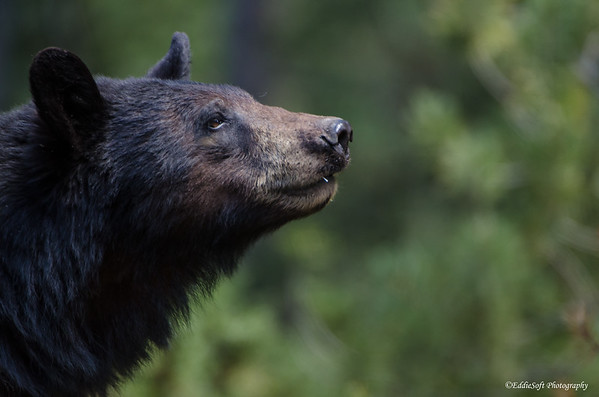 Hit the jump to read an interesting story about this encounter!

The two shots above were worked up for the UB competitions.  I prefer the first image mostly due to the open mouth and more alert pose.  Unfortunately, the far ear got a little close to the top of the frame than I wanted.  The second shot solved that issue, but lost some of the character in the composition.  They both benefited from being taken at CLOSE proximity.. and there is a funny story that comes along with that. 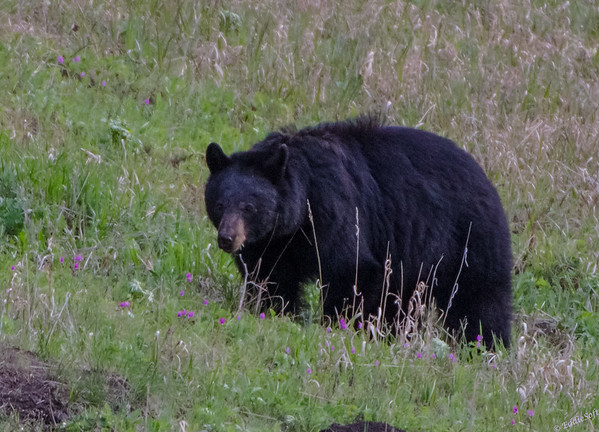 First a little background.  During that particular trip out to Yellowstone, we decided to stop throwing caution to the wind.  You have a tendency to forget that you are out taking pictures in the wild – there are no walls, no natural barriers to keep an unruly subject from fantasizing what a tasty morsel you might make.  Nope, you are in their backyard and you are pretty much at the mercy of the particular animal’s disposition that day and hopefully some distance between you and their prey instincts.  To give what is likely a false sense of security, we purchased bear spray.   We were both surprised at the physical size of the device.  The initial thinking was that it would be similar to the personal pepper sprays that are available on the market.  Apparently those bears are not even phased by those puny human doses – this looked more like a small fire extinguisher.  It took some effort but it would barely fit in the back pocket of my cargo shorts. 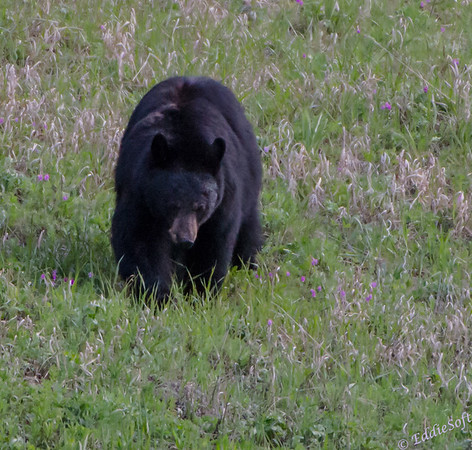 With that bit of background, we can get to the story where Linda tried to get me killed.  The afternoon started innocently enough.  We had found a hiking trail that was located off of a rafting waypoint.  There was a fairly long road that went down to a pull off area the local outfitters use for their day excursions.  Things are a tad foggy at this point likely due to short term memory loss from utter terror, but I believe we were alone at the time with an outfitter group either just leaving when we got there or possibly just arriving after what we will call “The Event”.   We spotted the trail entrance and was on our way across the parking lot when we noticed a group of 3 or 4 people exiting the trail.  They looked to be conservationists or possibly rangers. We waited for them to get back to the parking lot before we continued toward the trail – figured the birds might be a little jumpy with the previous hikers and this would give them time to calm down.  Turns out.. that delay was a godsend. 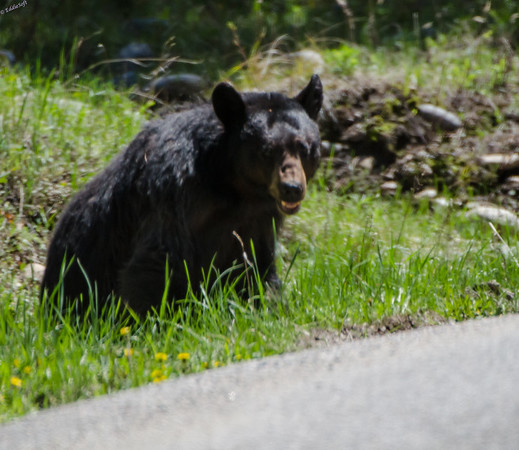 You see, before we got to the trail head, this bear came walking out.  I can’t imagine how close those hikers must have been to that bear.  Figured they would have warned us if they had seen it as they exited, but none were offered up.  This bear was close and it was heading our way – luckily more preoccupied with grazing.  Linda on the other hand was standing behind me in all out panic.  Now to bring the background topic full circle.  Linda went for the bear spray in my back pocket.. the pocket that barely fit around the canister.  Translated.. she nearly de-pantsed me trying to get it out.  This has resulted in months and months of discussions and quandary.  Was she trying to SAVE me (her narrative of “The Event”).  That is one way to interpret it.  There is also another way to describe her actions.  Remember the old adage I reference in the previous post about the best way to survive a bear attack … sacrifice a companion.  Sure, kneecapping your friend (or husband) is the more obvious way.  A devious person conveniently causing her friend (or husband) to lose his pants preventing him from effectively running to safety is another.  Two valid theories .. you get to decide which one you believe.

Note, the last shot looks a lot scarier than it really was.  We followed him a short ways and ended up getting in our car and heading out in the same direction he was walking.  An oncoming car got in his way.  They were stopped and busy taking iPad picture of it.  That pose was him ridiculing stupid tourists and their damn iPads.  He made it up to the highway and gave us one final laugh before we went our way.  He climbed over the guardrail and was getting ready to cross the highway – this gave us some concern for his safety, but he actually looked both ways – let a car pass by and then head to the other side of the road.  One evolution away people … one evolution away.

Take it easy everyone and bear with me .. only one more bear post to go!

4 thoughts on “Bear With Me”